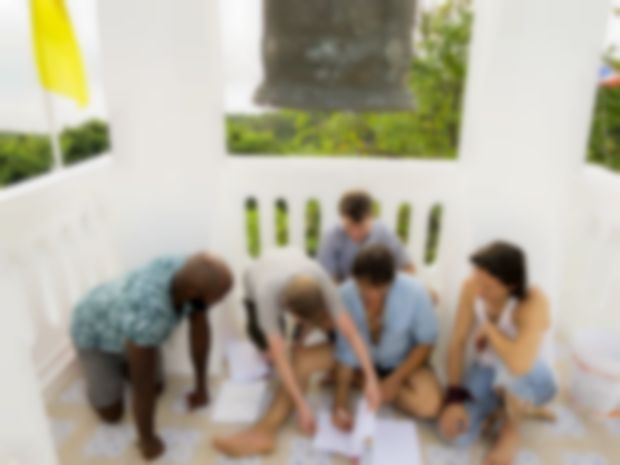 The Libertines have confirmed plans for their first album in over a decade after inking a deal with Virgin EMI.

The deal was signed in Thailand, where lead singer Pete Doherty is currently attending rehab. The picture above is from the signing.

Next year's as-yet-untitled record will be the band's third, following their eponymous release in 2004.

Doherty was lost for words about the news, saying in a press release: "I don’t know what to say, I’m so happy... It was a beautiful day." With Carl Barât, adding: "After everything we have been through The Albion sails on course again, I couldn't be more excited."

Watch their video for "Don't Look Back Into The Sun" below.