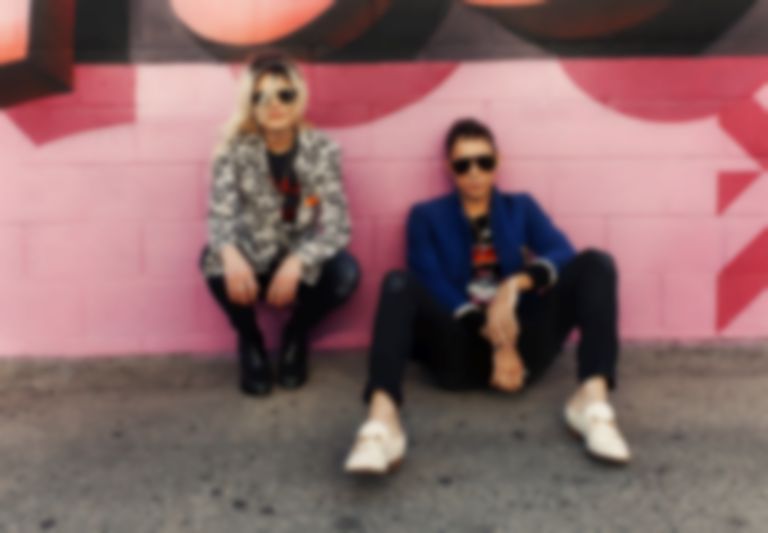 The Kills are back with brand new single "List Of Demands (Reparations)", a rippling rework of Saul Williams' incisive hit, and a cover of Peter Tosh's "Steppin' Razor".

The new pair of covers follows 2016 album Ash & Ice and comes with a video directed by Ben Strebel.

"It’s a song of strength and empowerment, rooted in the idea of rising above," says the band's Alison Mosshart. "It was one of those songs you’re almost scared to cover, because it carries so much respect. It wasn’t a straight-up love song or a drug song. It was defined, serious, and perfect already. With certain songs, you feel like an intruder trying to sing them, but this one felt like my own."

"'List of Demands' was so impactful to us," continues bandmate Jamie Hince. "It was the kind of song that would come on backstage and everyone would stop what they were doing and stand up. The more I found myself listening to the lyrics, the more I heard in them, and found myself singing along with goosebumps. The brilliant thing about it is that it speaks to so many different ideas - a true underground thing like the best Iggy Pop songs.”

"I always felt envious of the way the '60s generation shared songs and ideologies," adds original writer Williams. "Jimi singing Dylan. Rotary Connection singing Otis Redding. The Stones singing the blues. This is all part of the beauty and power of music and it reverberates deeply in me. All this to say, I'm honored. I liked The Kills before they chose to cover 'LOD'. If they can feel themselves in that song, it's because they are as much a part of it as I am."

Hear both of The Kills' new covers below.

The Kills have a list of summer dates planned in Europe and North American. Saul Williams will also join them at the Los Angeles date in August. Find out their full live plans.