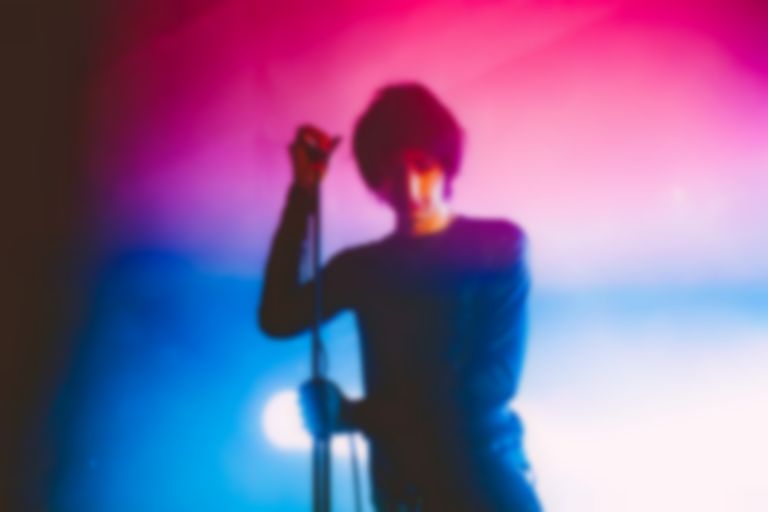 The Horrors have detailed their long-awaited fifth record - imaginatively titled V - and revealed plans for a lengthy UK tour later this year.

The LP info follows "Machine", their first new single in three years that was unveiled earlier this month. V is the follow up to 2014's Luminous.

"It is a risk," says Faris Badwan of the new direction on the record. "But life isn't much fun without risk. It's the antithesis of being creative if you know what you're going to be doing every time."

"It's natural, if you do see yourself as an artist, to progress and not play it safe," adds keyboardist Tom Cowan. "Bowie pre-empted the modern condition of not being able to stay in one place for very long, and I get frustrated with bands who stay still. Because then it does become a career."

Erik Ferguson has created the artwork for V, which was recorded with mega-producer Paul Epworth (FKA Twigs, Rihanna) in London.

The Horrors play a tiny date at London's Omeara next month and hit Latitude a few days after. They begin a UK and Ireland tour in October, playing intimate (for a band of their size) venues such as Bristol's Bierkeller and London's KOKO - find out more.

V is out 22 September via Wolf Tone/Caroline. You can pre-order now via iTunes.