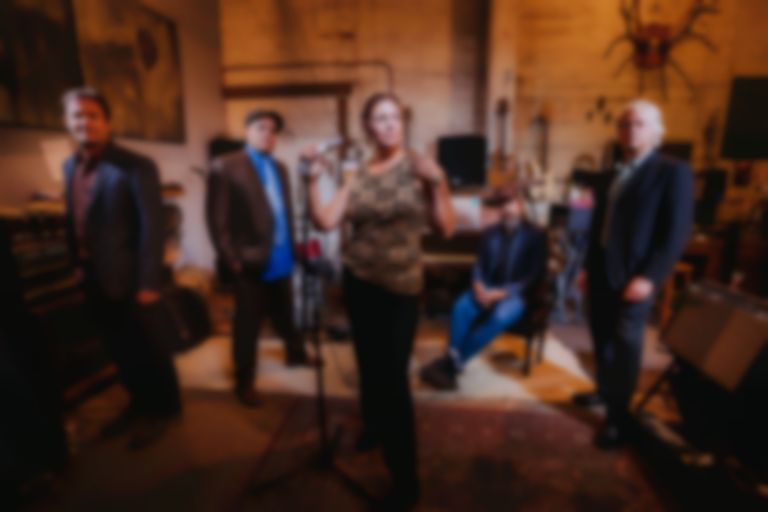 The Delines have announced their long-awaited sophomore album The Imperial with new single "Eddie And Polly".

"Eddie And Polly" is the first glimpse at The Delines' second record, having had to put it on hold after vocalist Amy Boone was hit by a car in Texas, resulting in extensive injuries and a long road to recovery.

Two years after the accident Boone was able to fly to Portland to finish the album.

Boone explains, “I was still pretty messed up from getting hit. The outside world seemed like one big, dangerous obstacle course. Every step of the way I had to talk myself down from panic attacks. I remember when Willy [Vlautin] and [drummer] Sean Oldham picked me up, I suggested I'd be better off in the back seat with a blindfold and a cigarette.”

Vlautin adds, "It’s been a slow, hard recovery for Amy. It’s amazing how tough she is. It took us a long time, but The Imperial is finally done and The Delines get to be a band again.”

The Imperial will arrive four years after their debut record Colfax.

"Eddie And Polly" is available to stream and download now. The Imperial arrives on 11 January via Decor Records. The Delines tour the UK and Ireland early next year, and will play London's The Jazz Café on 5 February. Find out more.