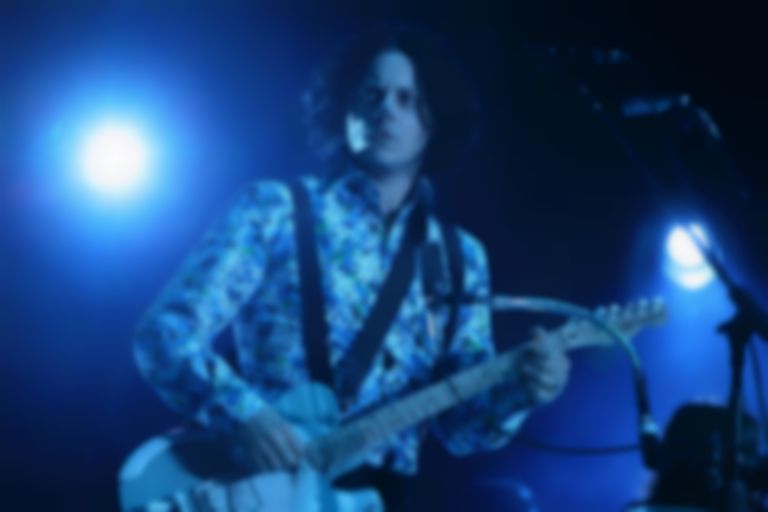 Tenacious D, aka Jack Black and Kyle Gass, have revealed they'll be dropping two tracks they worked on with Jack White for Record Store Day Black Friday next month.

In August, Tenacious D shared a documentary of their trip to Third Man Records in Nashville, and to Jack White's house, where they recorded a new song.

Jack Black said of the collaboration - which they recorded on an 8-track - in the documentary, "It's a stone cold jam."

The duo have revealed that their collaboration with Jack White will be coming out on 7" vinyl next month for Record Store Day Black Friday, and it includes two tracks produced by Jack White, "Don’t Blow It" and "Kage".

Consequence of Sound reports that the record will be available on a limited tri-coloured pressing from Third Man shops in Nashville and Detroit only.

Tenacious D and Jack White's Jack Grey collaborative 7" single will be available to buy on 29 November.