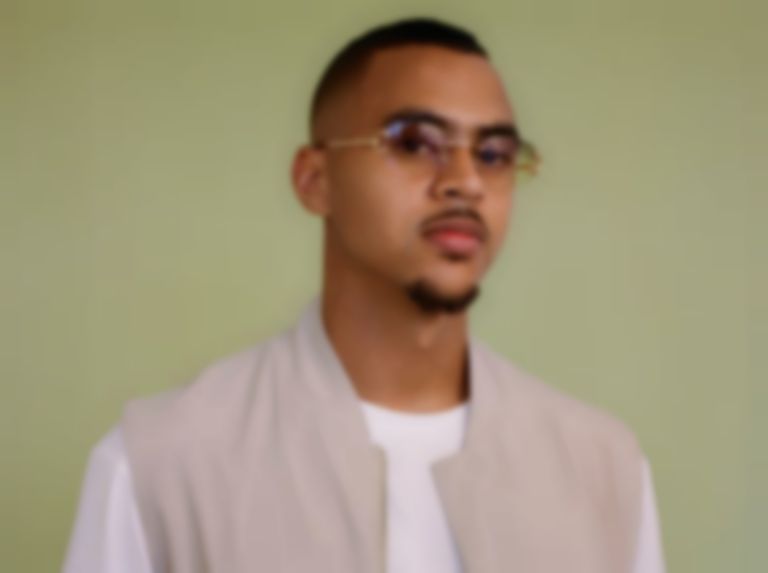 Swindle has shared another cut from his upcoming album THE NEW WORLD titled "NO BLACK, NO IRISH", which sees him collaborate with Maverick Sabre and Joel Culpepper.

"NO BLACK, NO IRISH" is the fourth song to be shared from Swindle's forthcoming album, and sees him reunite with frequent collaborator Joel Culpepper and Maverick Sabre.

"We went to studio to retreat in the height of one of the most uncomfortable times I've ever known," Swindle explains. "Before that week the only time I had left my home since lockdown was to protest with Joel. During that time race and the current social unrest was still at the forefront of our minds, watching a conversation between Mav and Joel become this song was a defining moment for this record and speaks directly to the intent of the session, healing."

Maverick Sabre says, ""NBNI" is a song reflecting on the Irish and black connection through the experience in the UK. The title was a phrase used on signs in shop/hotel windows during a period of time symbolic of an attitude to both communities closely connected. Joel and I are just voicing that story of understanding each other through it all."

Culpepper adds, "2020 was a year I felt confronted with multiple buried racist experiences after the murder of George Floyd. Feeling heard at this time was probably the most important exchanges I’ve ever had. A real conversation requires an active listener, prepared to rest in the uncomfortable. I found that person in Maverick Sabre during a musical retreat. A week led by my brother Swindle at Real World Studios, the call and message I got from Cam was "we need to be away and heal" ... This song at its heart is about racial and political rage, two friends talking and reasoning the madness. Though the conversation is deep routed Swindle’s sonics breathe some air of emotional optimism. Nina Simone told us it is our duty as artists to reflect the times, here we all are then…" reflecting.

"NO BLACK, NO IRISH featuring Maverick Sabre and Joel Culpepper is out now. Swindle's THE NEW WORLD album will arrive 29 October via BMG, and is available to pre-order now.