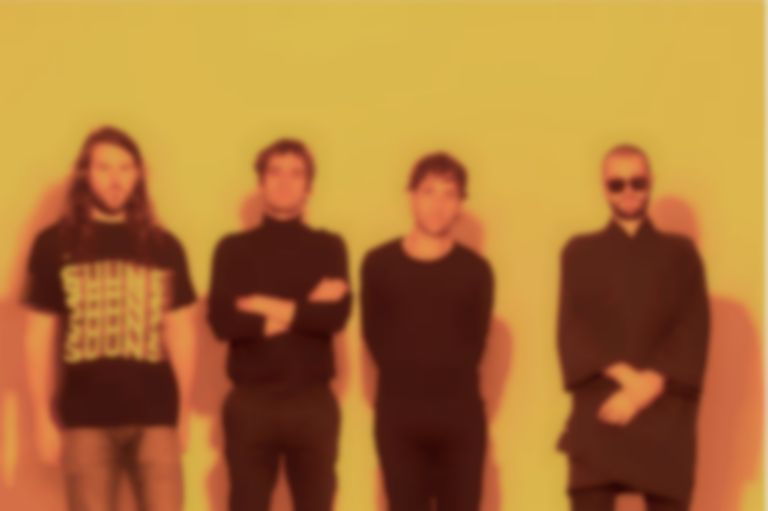 Suuns have are back with details of new record Felt and its stellar lead single "Watch You, Watch Me"

Ruff Mercy directs the track's accompanying visuals, which you can check out below.

"This record is definitely looser than our last one [2016's Hold/Still]. It’s not as clinical. There’s more swagger..." says singer/guitarist Ben Shemie. "Some people might think of the material, I like that [the title] could be misconstrued. Also, it’s to have felt and not to feel - a little introspective, but that feeling’s in the past. Plus, titles that are one word, like Tusk, are really strong. It packs a punch!"

The Montreal outfit have returned to Breakglass Studios (where their recorded their first two albums) for Felt, sewing the parts of the LP together across five major sessions. John Congleton (St. Vincent, Explosions In The Sky) is on mixing duties.

"It was different and exciting," explains drummer Liam O’Neill of the process. "In the past, there was a more concerted effort on my part to drum in a controlled and genre-specific way. Self-consciously approaching things stylistically. Us doing it ourselves, that process was like a very receptive, limitless workshop to just try out ideas."

Suuns have a few European shows booked for spring, including one at London's Scala on 5 April. Find out more.

Felt is out 2 March via Secretly Canadian.