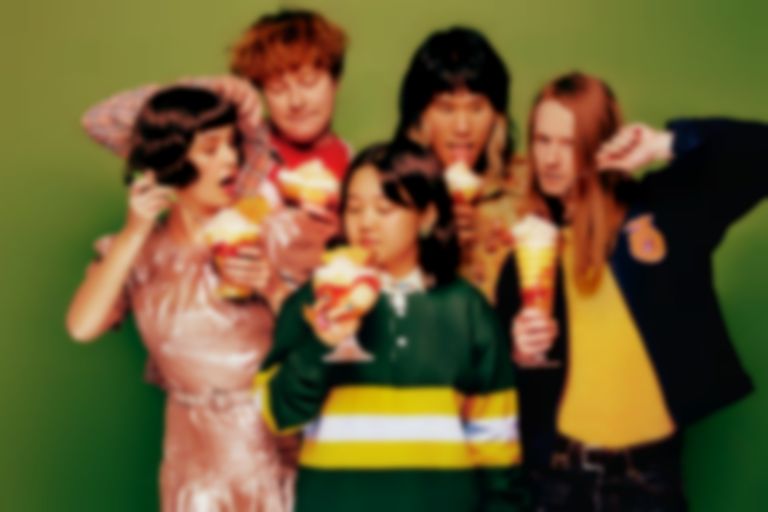 Superorganism have shared new single "On & On" as the fourth taster of their upcoming album World Wide Pop.

Following the release of "crushed.zip", "Teenager" featuring CHAI and Pi Ja Ma and Stephen Malkmus and Dylan Cartlidge collaboration "It's Raining", Superorganism have released a fourth cut from their nnew record titled "On & On", which is teamed with a AEVA-directed video.

The group's Harry said of the single, "It is a bit of an analogy between the ground-hog day effect touring can have, and the cyclical nature of growing as a person and repeating the same mistakes along the way."

"On & On" is out now. Superorganism's World Wide Pop album will arrive 15 July via Domino, and is available to pre-order now. They'll play London's Scala on 21 September. Tickets are on sale now from wearesuperorganism.com.