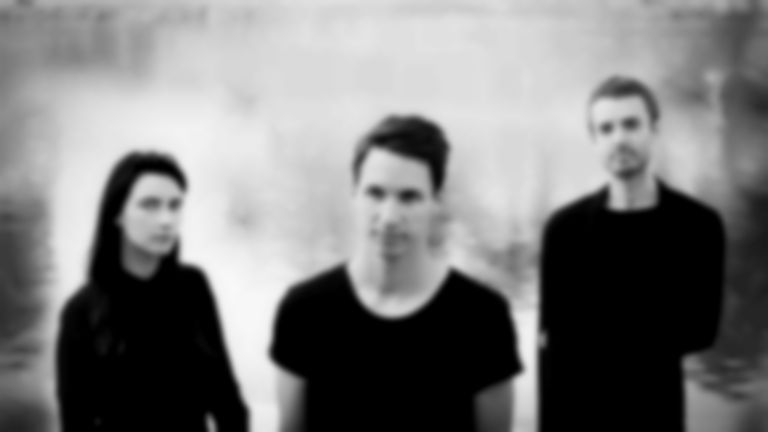 New Zealand electronica group Space Above speak to us about their recently released debut album Still.

The collection (which features 2015's icy-cool "Fall Through") whips through nebulous pop and invigorating ambience - there's a futuristic streak in the group's output the nudges your eyes to the stars. It's far from passive, but there's a bold tranquillity in Still that forces you to stop and focus on absolutely nothing - this is a trait that is perfectly deliberate, as the band's Aaron Short explains.

Can you tell us about Space Above?

Space Above is three New Zealanders living in LA under the same roof, stopping for a moment to find some calm and create. We are Aaron Short (The Naked And Famous), Sam McCarthy (BOYBOY), and Maddie North (So Below). The music lives somewhere in the world of alt. pop and atmospheric electronica. I tried starting a genre on SoundCloud called #SpaceTech but it’s yet to take off...

You've just released album Still - what's it like now the album is fully out there?

On a personal level, hugely rewarding! The songs all came from a specific time and place and so it only felt right to present it that way. People still listen to albums right? Someone tell me that wasn’t a bad idea?

What was it like letting go of that and putting it into the public eye?

The letting go part is always the most challenging. It’s too easy to keep tweaking, thinking you’re making things better when really it’s time to say 'hands off or you’ll break it, it’s done!'

How did Still come together?

Sam and I have always shared a mutual love for some pretty deep electronic music. The less immediate something is, the more you end up in a trance totally locked on it. We had been friends since first touring together in 2010, so writing this kind of music felt so natural, and incredibly overdue! We wrote, recorded, mixed it all ourselves in our little Downtown LA studio looking out over this vast concrete jungle skyline and the LA River (they look the same, Google it).

Can you name one moment on the record that you're particularly proud of?

You know when you’ve worked on something so much you’ve lost perspective? I’m there right now… I’ll send you a follow up answer in six months.

What was the easiest song to write?

There is a very innocent phase when writing for something new where there are no rules in place and you have no idea what direction you’re heading, so technically you can’t do anything wrong! "Hold In" stands out as one of the easiest tracks though. I had an instrumental going, Sam heard it and immediately had some vocals. It was done in a day, boom! Or 'sub-boom' might be more appropriate.

There's a sense of calm in the album - why might this be?

Writing these songs for me was definitely a way of switching off all the noise and being very present in the moment. This is something that came very natural to Sam also being the meditation mentor he is, and this theme continued to grow throughout the album. It’s about taking each moment as it comes with a sense of acceptance, whether it be something light and delicate or heavy and aggressive.

What gives you the urge to create?

I find sounds to be a sense of expression. I’m not someone that shouts his opinions to the world, nor a lyricist… but for me so much feeling and emotion can be portrayed in instrumentation and sounds, and I think that is my outlet. The number of times I’ve heard a song I liked, then finally stopped to listen to the lyrics and realise its meaning is polar opposite is amusing.

What's next for Space Above?

Right now it’s all focus on spreading this music as far and wide to as many ears as possible, which is an incredibly challenging thing in amongst the mass volume of music people are making now.

What does Space Above provide that The Naked and Famous doesn't?

Electronic music and journey-focused music have always been something I’ve had a huge passion for, so the self expression in Space Above is very strong. TNAF has a wonderful pop/rock world set up around it, but I couldn’t exactly go convincing the band and its audience that a seven-minute ambient techno tune is a good thing to put on the album.

How did you work on two very different projects so close together?

Well after the second album cycle for TNAF things had gotten pretty heavy and it planted us in a place where we all came off the road a bit broken. The time ahead was used by everyone for a bit of reflection and discovery, and that is exactly when this album was written.

How are the two projects similar? Or are they not in any way?

Space Above is built on so many things I’ve learnt as a producer with The Naked And Famous. It’s the same set of skills and tools, but used in a very different way. There is also the natural shift in dynamic when working with different people as well, ideas collide together in a whole new way.

What are you looking forward to for the rest of the year?

TNAF currently has a pretty busy tour schedule carrying us through the year, but I’m excited to see what can develop for Space Above. Creating a live show for the project is something I’d love to see, as well as using some of the soundscapes in the music for movie and visual scoring. Let the new demos begin...

Still is out now - grab it from iTunes.