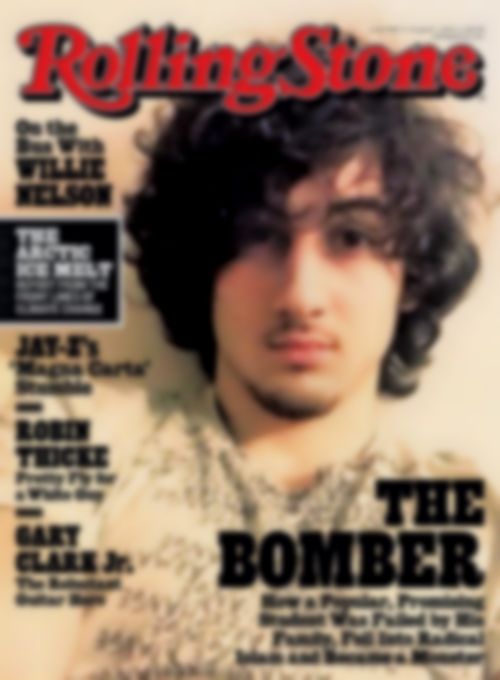 The 3 August dated issue sees contributing editor Janet Reitman give an in-depth look at the life of the young terror suspect, detailing his childhood, his religious beliefs and what may have provoked the supposed attacks.

Now, following a backlash, one of the publication’s contributors, Matt Taibbi writes in Explaining the Rolling Stone Cover, by a Boston Native: “I think the controversy is very misplaced… I think, on the whole, the people leveling these criticisms must not read the magazine, which is understandable. It would be beyond unreasonable to expect everyone in the country to be regularly familiar with the articles in Rolling Stone. On the other hand, pretty much everyone has heard of Rolling Stone, which is where the problem lay, in this gap between the popular image of the magazine and the reality of its reporting.”

Taibbi goes on to say that the article, which is intended as a serious investigative piece rather than gossip-led tabloid fodder, goes along with the magazine’s rich history of political and cultural reportage that sets them apart from being “just a celebrity/gossip mag that covered nothing but rock stars and pop-culture icons”

He continues: “Rolling Stone has actually been in the hard news/investigative reporting business since its inception, from Hunter S. Thompson to Carl Bernstein to Bill Greider back in the day to Tim Dickinson, Michael Hastings, Mark Boal, Janet Reitman and myself in recent years. One could even go so far as to say that in recent years, when investigative journalism has been so dramatically de-emphasized at the major newspapers and at the big television news networks, Rolling Stone‘s role as a source of hard-news reporting has been magnified. In other words, we’re more than ever a hard news outlet in a business where long-form reporting is becoming more scarce.”

Taibbi concedes that “if the Rolling Stone editors had brought Tsarnaev in to its offices near Rockefeller center, wined and dined him, and then posed him for that Jim Morrison shot, then yes, that would be reprehensible” but claims “that’s not what the magazine did. They used an existing photo, one already used by other organizations”, before listing several examples.

The Tsarnaev cover feature had been criticised this week by Boston’s Mayor, Tom Menino, who sent a letter to the publishers in complaint.

You can read the entire Rolling Stone piece on the matter here. 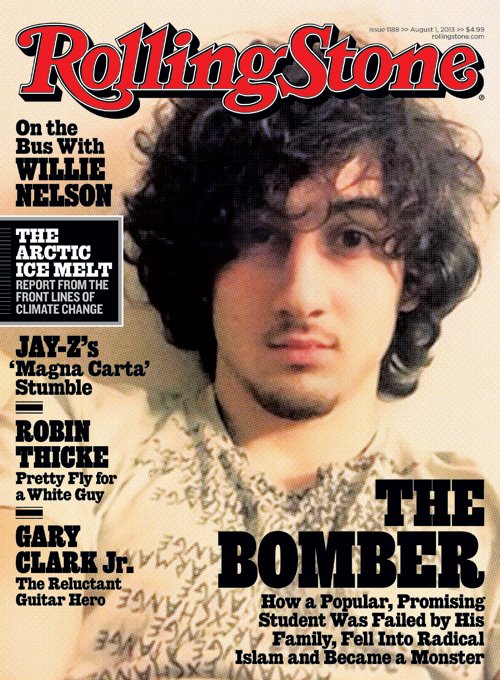