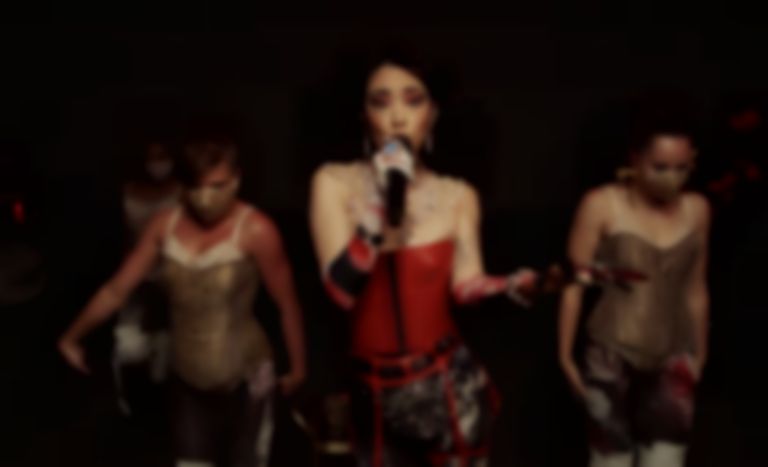 Rina Sawayama tested out a new song titled "Catch Me In The Air" during her Saturday (13 November) show at Glasgow's SWG3 Galvanizers.

Sawayama is currently touring the UK in support of her 2020 debut album SAWAYAMA, and during her show at Glasgow's SWG3 Galvanizers on Saturday (13 November) night, Sawayama decided to debut an unreleased song titled "Catch Me In The Air".

Prior to playing the new song live for the first time, Sawayama told the crowd, "This song, I wrote it about my mum, who is a single mum. You know how intense that relationship is – they feel like a sister or a brother."

"I felt throughout my life my mum and I have caught each other when we’re falling," she said.

Before speaking about "Cach Me In The Air", Sawayama also spoke about her upcoming second album, revealing that she's "touring my first record at the same time as finishing my second record."

She added, "I thought that the first record was really personal, and it was, but this new record is even more personal."

Earlier this month it was announced that Sawayama and Charli XCX have a collaboration on her upcoming CRASH album, and Charli XCX played a snippet of Sawayama's verse to fans.

In September Rina Sawayama revealed during a Twitter Q+A that she plans to release her second album in late summer 2022.