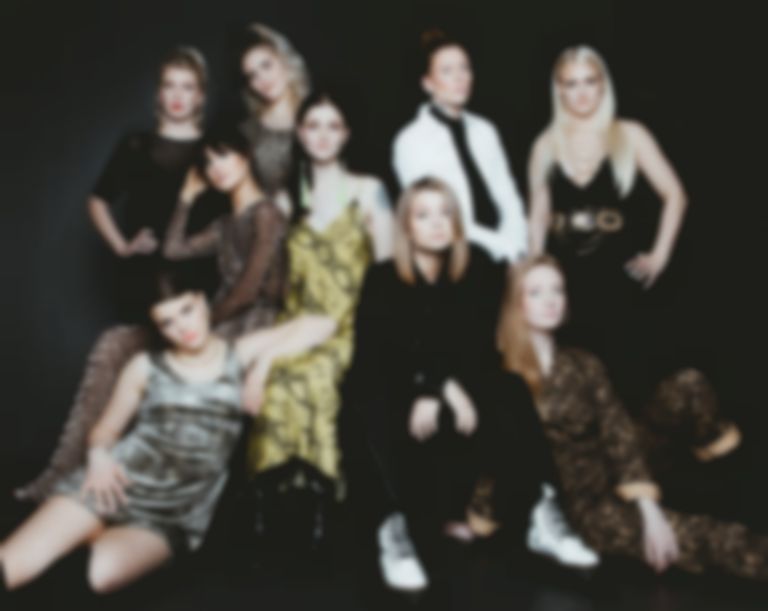 Icelandic collective Reykjavíkurdætur have announced a new album Soft Spot with lead single "Sweets". They're also going by Daughters of Reykjavík - the English translation of their name.

Previously a 20-piece outfit, Soft Spot sees the Daughters slim down to nine members and bringing more English to their lyrics. The group originally grew out of a female rap night in Reykjavik in 2013, which started a safe space for aspiring female emcees to share ideas, have fun and perform. Two years later as Reykjavíkurdætur, they threw the most talked about show at Iceland Airwaves and became figureheads for the country's inventive and diverse response to hip hop.

"Sweets is a song about sex," explains the band's Steinunn Jónsdóttir. "Its working title was literally 'The Sexy Song'. It has four vocalist and all tell a different (naughty) story. In all the stories the woman is the initiator, she is in charge. Even though you can't understand every word you can feel the vibe. It's a song you put on to set the mood when your lover is coming over."

Soft Spot drops next Spring via The Orchard.