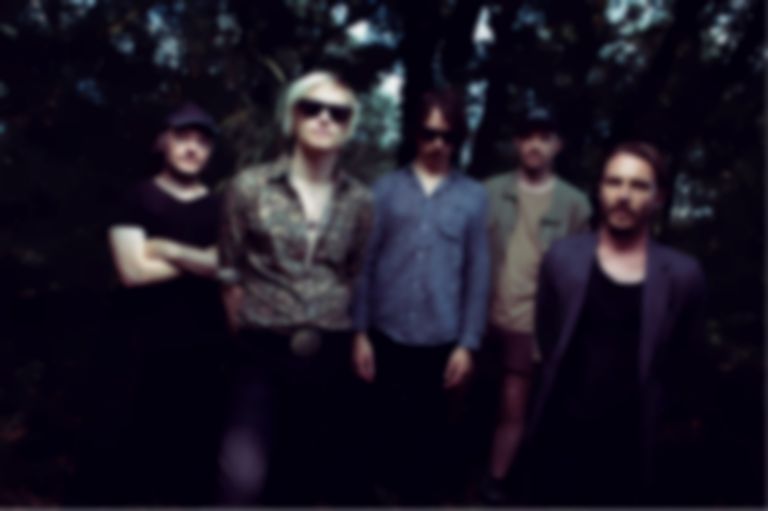 Refused have returned with new single "Blood Red", the first single to be shared from their new record War Music.

"Blood Red" is the first single from Refused since their 2015 comeback album Freedom.

Speaking about how the new single came about, the band explain, "We didn't play a single show during the making of the last album. It was a long time to be away after the addictive chaos of our reunion shows in 2012. Playing to houses packed with maniacs losing their minds right in front of you is a narcotic to rival actual narcotics we'd venture. (Not our field of expertise, but Keith Richards definitely seems to feel that way, and he's an expert on both.) So as we went out on tour in the summer of 2015 we were getting pretty high on our own supply (of songs that is). It was amazing, simply put. But it was also obvious that ‘Freedom’ was, for the most part, a studio record. A great record, to us, but there was something missing as we started playing it live - something visceral, direct, relentless."

They add, "At a soundcheck somewhere on the road (Austin?), Kristofer started playing this riff and we all got into it (jamming, as it were). After a while we noticed that our crew had stopped working and that the people working at the venue were standing around watching us play. Now, people at venues usually hardly notice you, they've seen a thousand bands more famous than you fool around with their precious ditties as they're re-stocking the bar or setting up barricades. So as we were settling into the riff proper and it started rolling and bouncing the way you're hearing it today, whatever we felt had been missing, it was clear that we had begun to fill that gap. The riff turned into "Blood Red", the first song we finished for the new record and the first song we played live off of it. It's fitting that it's now the first song you're gonna hear from the new record because it was truly inspired by you, our live audience, the old and the new, who come out and help us turn every venue into a boiling hot mess. This one's for you."

"Blood Red" is out now. War Music is due to land on 18 October via Spinefarm / Search & Destroy. Refused play Brixton's O2 Academy on 30 October. Find out more.