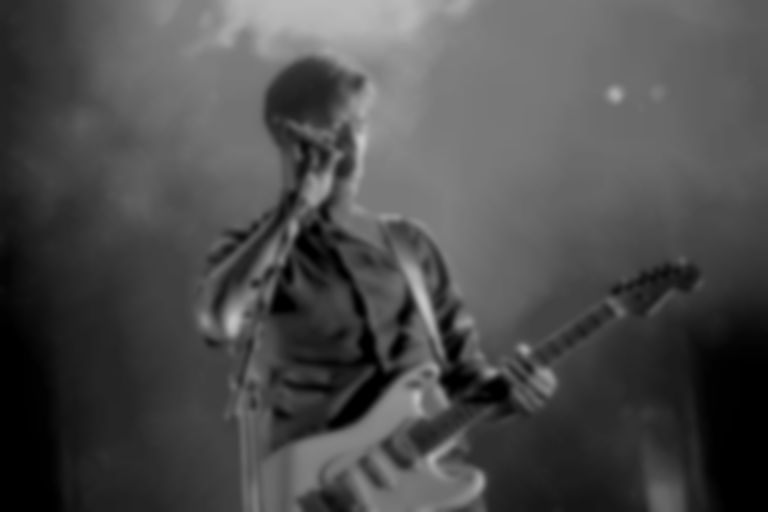 Radiohead guitarist Ed O'Brien is releasing a solo album - he's starting work on it next year.

O'Brien revealed the news in an interview with BBC Radio 6 Music:  “We’ve attempted to do something like a full solo album - you know, stand there on the mountaintop with the hair going and the Les Paul and create a whole Ed O’Brien. I haven’t up until two years ago but I am going to now. I’m gonna do one next year.”

Continuing about the decision to strike it alone at this juncture, O'Brien says:

"Interestingly enough, it starts in Brazil. After the last load of touring, King Of Limbs, kids were born 2004 and 2006. And I said to the guys, in five years time, me and my wife are gonna go and live in Brazil for a year. I don’t wanna put the kibosh on anything but this is something we have to do. Don’t feel you can’t make a record. Make a record without me, if I can come in later on whatever... and I was really aware that I’d had so many adventures with this band; I wanted to have an adventure with my family.

"So we went to live in Brazil, in the middle of the Brazilian countryside, and we lived on a little farm in basically a hut the size of this room next door. Life was really simple. Kids went to the local school. No one could speak English, so they picked it up, the language of play and stuff. And life was reduced to its simple parts. For me, it was music and my family. And I would go each day, walk up the hill to this beautiful little hut next to this lake, and I started writing. And I took out all this gear - cause Thom said, you know, 'You’re really good at, just do all the ProTools stuff!' And I applied myself, cause I never really applied to it, and I sat and after about eight weeks, I said 'I’m not feeling this, this is rubbish!'

"All I wanted to do was sit there and play guitar, and in February of that year, got taken to Carnival, and a really close friend of mine invited me and my wife to the Sambadrome in Rio. Oh, my god. It’s the greatest show on earth. Two nights, you have 12 samba schools. They’re like these processions, all these floats, and they have an hour and 20 minutes, each samba school parades down what’s called the Sambodrome, it’s like this mile long strip - they used it in the Olympics, and it runs from 10 at night till six in the morning. It was the greatest thing I’ve ever, ever, ever experienced in terms of music. So of course, the beats, what they call the bateria, and it’s like all these polyrhythms. Everyone sings. There must be 4000 people on each samba school who parade down there, and the combination of writing music and that feeling of being there and being like, 'Oh my god, music can be like this'. It was so profound, so it’s fed my whole inspiration and writing. There’s an element of that joy of music. But it also again, like, a lot of Brazilian music there’s a dark heart, melancholy, but, we’re all feeling this, we recognize it but let’s celebrate being a human being because that’s part of the journey for most of us. So that’s like a watershed in my life."