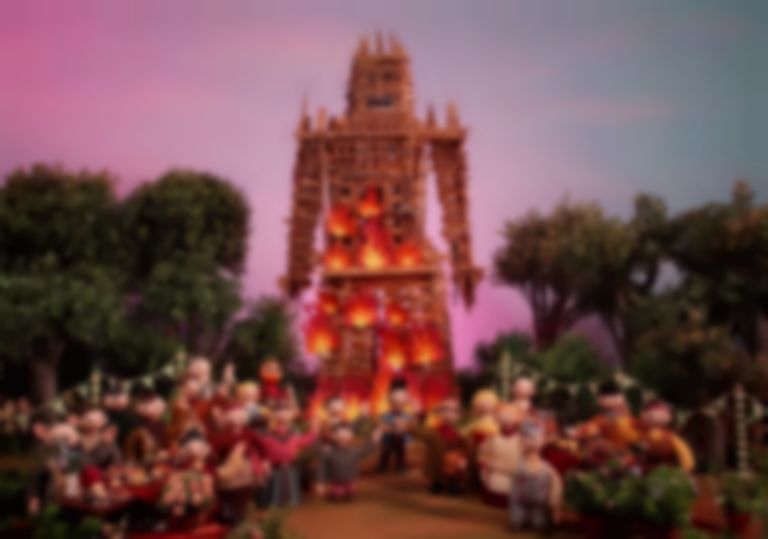 Radiohead are officially back - listen to new single "Burn The Witch" now.

This new single arrives after a prolonged social media tease involving total black(white?)outs, harrowing flyers mailed to fans, and cryptic clues. They're back on social media by the looks of things too, with bizarre silhouetted characters adorning their profiles.

Lots of things have been stirring in Camp Radiohead lately, such as new live shows being announced and their back catalogue switching hands, but this is their first new single since 2011.

Radiohead's last live performance was in November 2012, but have been steadily filling their diary with a slew of festival dates. Radiohead are headlining Iceland's Summer Solstice, Primavera, OpenAir St. Gallen, Lollapalooza, and more this summer.

The band's long-awaited ninth record, the follow up to 2011's The King Of Limbs, is widely expected to arrive in the near future.

"Burn The Witch" will be available on all digital services from 00:01 on 4 May, aka Star Wars Day - this ties in with frontman Thom Yorke's sneaky hint on Christmas Day.

Chris Hopewell directs the stop-motion vid for "Burn The Witch", which is creepily reminiscent of 1960s children's TV shows Camberwick Green and Trumpton.

Check out "Burn The Witch" below.