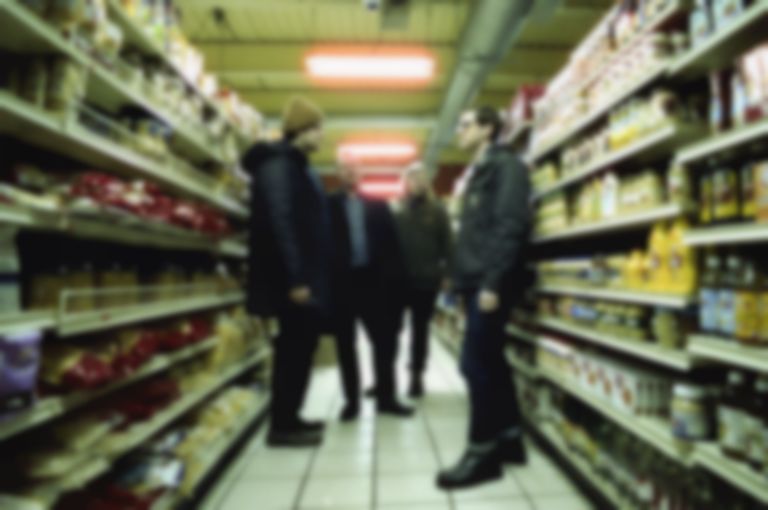 Protomartyr are back with a third taster of their forthcoming Ultimate Success Today album, in the form of "Michigan Hammers".

"Michigan Hammers" lands after earlier releases "Worm In Heaven" and "Processed By The Boys", and arrives with a video made entirely from stock footage by director Yoonha Park.

Park says of the visual, "This video is a retelling of a well-known Michigan folk tale that describes timeless themes of greed, power, death and rebirth and nothing short of the conflict of good and evil."

Protomartyr vocalist Joe Casey adds, "Couldn't make a 'proper' video due to the miasma. So why not make one using what tools remain? That's sort of what "Michigan Hammers" is about I think - building with rubble. It's probably about that and mules, syndicates, too many parking lots, camaraderie, the ideal happy hour, failure, and takin' what they're givin' 'cause we're workin' for a livin' until we start takin' it to the streets. Or something like that."

Ultimate Success Today will be Protomartyr's first LP of new songs since 2017's Relatives in Descent. They recorded it at Dreamland Recording Studios in upstate New York. It's co-produced by the band and David Tolomei (Dirty Projectors, Beach House), and mixed by Tolomei.

"Michigan Hammers" is out now. Protomartyr's Ultimate Success Today album has been pushed back until 17 July, and is available to pre-order now via Domino.