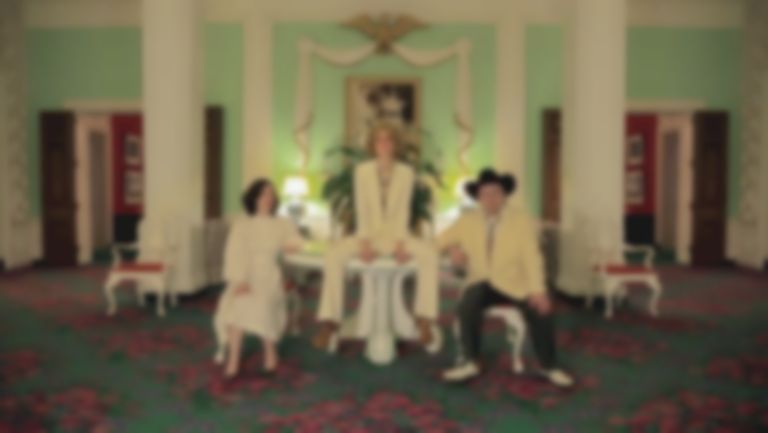 Priests have announced that they're going on an indefinite hiatus to pursue individual projects.

The trio released their sophomore LP The Seduction of Kansas in April, and have today revealed that they'll be going their separate ways.

In a statement posted on socials this afternoon, Priests wrote, "We aren’t in a place to write another album together right now, and feel like each of us would be better served pursuing individual projects separately for the time being."

Priests added that they've "come to this decision collectively and we feel really good about it. We're looking forward to being friends and partners in Sister Polygon, the record label we run together, and not bandmates for a while."

The group also added that they aren't "closing off the option of playing together in the future at some point if it feels right, but not for the foreseeable future."

We’re taking a break from the band. Thank you for everything. Our last show together for the foreseeable future is the last night of the decade https://t.co/GQsp3ZKtFG come say hello (2020) & wave goodbye with us x pic.twitter.com/SxI9f95JvZ

Priests will play their final show (for the foreseeable future) at Rough Trade NYC on 31 December. Find out more.