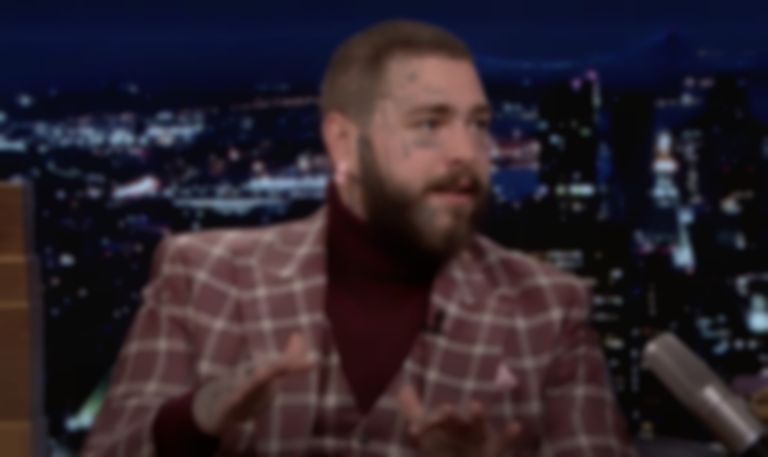 While appearing on The Tonight Show Starring Jimmy Fallon, Post Malone spoke about being a Bob Dylan fan, and how the legend "kind of slid into my DMs".

Following the release of Post Malone's new Twelve Carat Toothache album single "Cooped Up" with Roddy Ricch this week, Post Malone appeared on The Tonight Show Starring Jimmy Fallon, where Fallon played an old video of the artist covering a Bob Dylan song, and discussing being a Dylan fan.

When Fallon asked Post Malone if he's met Dylan yet, he responded, "I have not met Bob Dylan but we have been... I don't know how much I'm at liberty to discuss. But we've chatted."

He added, "Yeah we've chatted. Yeah he kind of slid into my DMs."