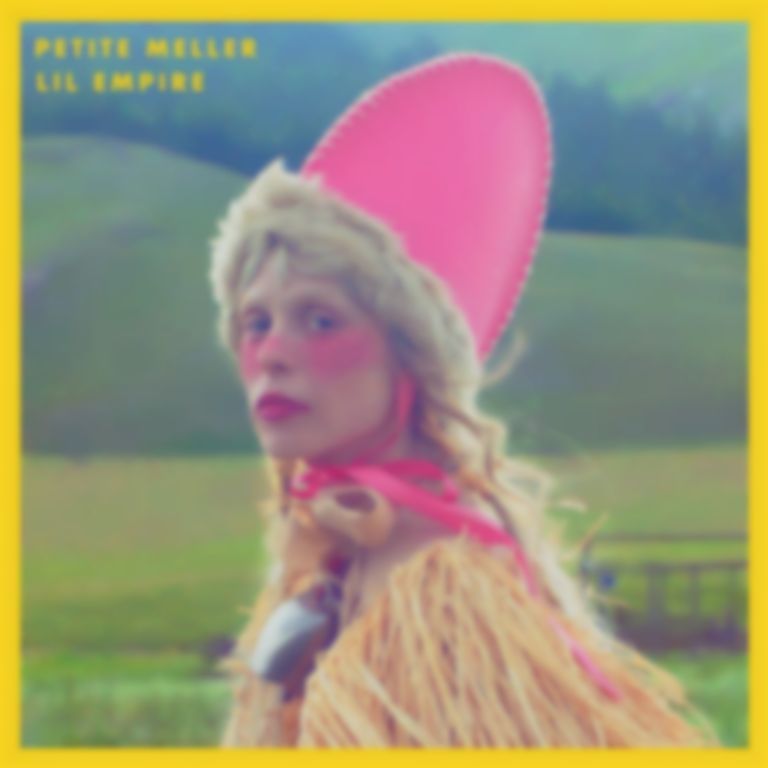 French popstar Petite Meller has surprise-released her debut album Lil Empire - we had a chat with her to get all the details.

Meller's already shared some massive tunes from the LP - "Baby Love", "The Flute", "Milk Bath", "Lil Love", "Barbaric", and "Backpack" - but this full collection showcases the depth and breadth of her talent.

Stream Lil Empire below, and read our Q&A with Meller after.

Could you tell us about the album?

It started from a song I wrote in my head while walking in a NY street, it was time for me to create my own solo project and I wrote "NYC Time", I shot a video with friends I’ve met online and uploaded to YouTube. A British manager who I was Googling at the time in NY found the video and brought me to London to achieve my vision.

I write my own lyrics - they come with melodies in my head.

I have recorded with many different producers: "Baby Love" in Sweden (Joakim Åhlund), "Milk Bath" at a Brixton studio called The Dairy (Craigie Dodds)... also with Starsmith, Shamir and more.

It took me some time to create my own sound.

My ear is my compass, it leads me to my dreams, NY jazz players reminded me the records I used to listen to as a child like Dizzy Gillespie and Paul Simon's Graceland, I combine it with my mom's French chansons melody and created my sound. Then it's easy for me to work with different producers but still the album is quite homogeneous.

It's about the absurdity of life, the tacky, the terror, the pain and the joyful euphoric feeling from music which saves us. It's about my journey into my past through dreams, continents, and imagery my ear sends me to. Like the bongos or a Mongolian flute.

Jouissance in Philosophy - a pleasure out of pain. A jazzy pop record who will hopefully make you into spiritual dancing. It sounds like how your heart feels.

Why have you decided to suddenly release the record rather than announce it and then release a few months down the line?

I'm impatient and don't like to wait! People keep asking me for more music, and why hold it back - I just want people to discover my music. The first few releases of mine came slowly, I wanted people to have something to sing along to when they come to my live shows.

You've spoken about some unusual influences - 'the masters of psychoanalysis' and classic French/Italian cinema - how do they inspire you?

Most of my lyrics were written during philosophy classes. Classic cinema like Antonioni's or Hitchcock or Bergman inspires my visual world. I love Freud's term of Jouissance which means a pleasure out of pain; I think the best songs are built on this idea.

What was it like working with all the guests on the album?

They were all amazing experiences. Shamir gave me "Grace" as he thought it made to be for me. Jocke ("Baby Love", "Barbaric", "The Flute", "Argentina") is a genius Swedish '70s record player collector who has the magic to make every song addictive. I'm proud of the part in "Lil Love" where I shout "Forever!" and embarrassed at the same time, as Nick Littlemore (Empire Of The Sun) made me shout out my pain after breaking my leg in LA, it was a new technique for me of writing music.

How important are the visual elements? What do they bring to the music?

When I write a song the sounds sends me immediately to a certain universe of imagery. Like the Mongolian flute or the bongos to a high life, or guitar to Africa. Those sounds come from memories in my unconscious

Then I travel to film those visuals. I'm involved in the edit, post, concepts, styling. It's all a lil universes that I invite people to join in, to experience celebrating the pain and joy in life, through homages to cinema and exuberant emotions.

Why should people catch your Bestival set later today?

Because we're gonna have a lot of fun. My album's out I wanna celebrate that with everyone today! Me and my band, Richie, Adam, and Emlyn - we got some tricks up our sleeve and a lot of new music to play you. My set will be the most fun you can have at Bestival at 2pm on a Friday afternoon. See ya in the Big Top!

What are your plans for winter?

I'm not a big fan of winter. In trying to find excuses to spend as much time as I can in LA where it's a little warmer!

I just got back from LA where I was writing with some amazingly talented people. I had met Spike Jonze at the launch of his Kenzo film in Paris earlier this year and through him discovered the music of Sam Spiegel - Spike's brother - who actually did the music for that amazing Kenzo ad. I was working with Sam in LA, writing new music. I'm always writing. I'm also working on bringing my album to life live.... And I gotta finish my degree at some point too!