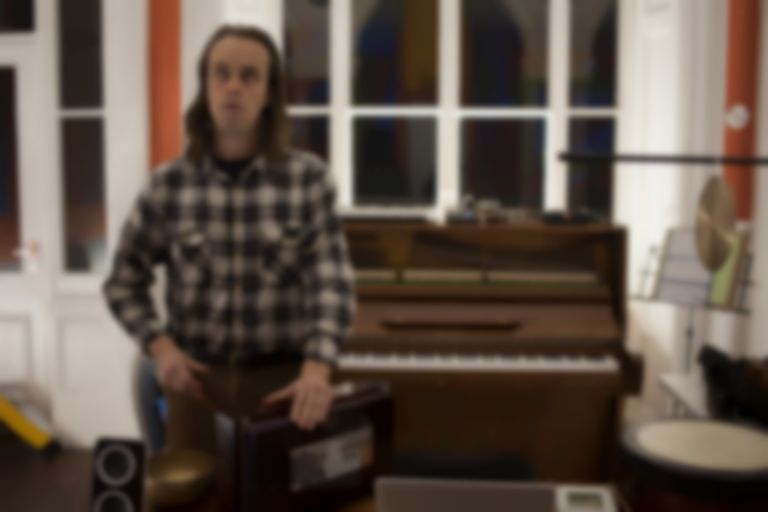 The record is inspired by a series of murals titled One Here Now: The Ogham Cycle, created by Irish artist Brian O’Doherty (also known as Patrick Ireland).

Broderick spent 16 hours alone in the Sirius Arts Centre in Cobh making a recording of the composition surrounding O'Doherty's murals, and approached the project by appointing different musical notes to colours, allowing the colours of the murals to dictate the sound. He also gave different visual elements their own instruments, and used field recordings from the location to add to the record.

ONE HEAR NOW is a 35-minute composition for violin, voice, piano, synthesizer, percussion and field recordings.

The album will only be available in physical form from Broderick's four-day residency at London Servant Jazz Quarters in November. Across the four nights (11-14 November), Broderick will be joined by special guests including Richard Youngs, Douglas Dare, No Show, and a secret surprise guest on the final night.

Peter Broderick's new ONE HEAR NOW project will only be available on 300 vinyl copies and 250 CDs. Find out more.