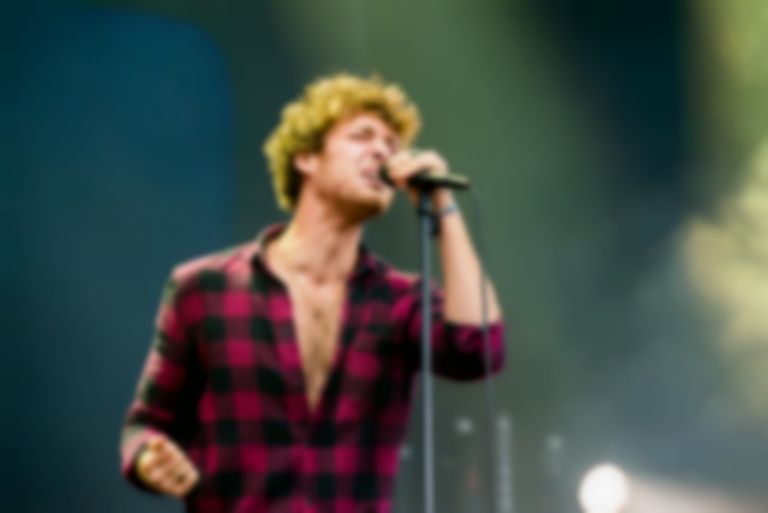 Paolo Nutini is in possession of Lewis Capaldi's Chewbacca mask, and is planning to sell it again to raise more money for Frightened Rabbit's Tiny Changes charity.

It was due to be sold for £7,401 to a private bidder, but after the payment fell through, Paolo Nutini offered £10,000 for the mask, and donated the money to Tiny Changes.

NME report that Nutini is due to sell the mask again in order to raise more funds for Tiny Changes. Speaking about his actions, Nutini said, "I really wanted to find a way to help out Tiny Changes. Not only am I a big Frightened Rabbit fan, but I was lucky enough to share the stage with them on several occasions – most memorably for me on Hogmany in Edinburgh in 2017."

He added, "Scott [Hutchison] was such a great and honest songwriter who wasn’t afraid to convey what he was going through in such a beautiful and honest way. People could hear and read their troubles in his lyrics and be reminded they weren’t alone in how they were feeling. That really is the power of music."

Family of the late Frightened Rabbit vocalist Scott Hutchison launched Tiny Changes in May. The name is inspired by the lyrics of Frightened Rabbit's "Head Rolls Off": "While I’m alive, I’ll make tiny changes to Earth."

To be up for a chance of owning the mask, text "TC" to 84902. Texts cost £1. The closing date is midnight on Monday 5 August. Find out more about the charity on maketinychanges.com.