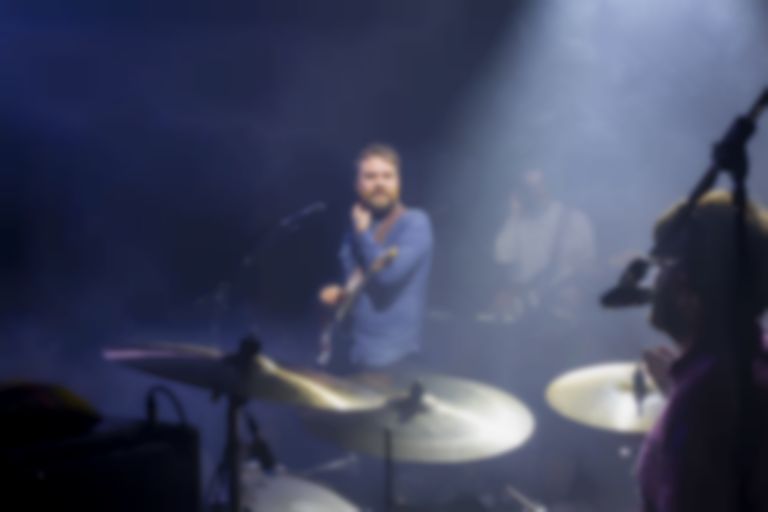 A year on from his death, Scott Hutchison's parents and brothers have launched a new charity Tiny Changes, which aims to support young people with improving mental health.

The charity name is inspired by the lyrics of Frightened Rabbit's "Head Rolls Off", "While I’m alive, I’ll make tiny changes to Earth."

In a statement, the family said: "Our beloved brother and son Scott Hutchison was born in Edinburgh in 1981. He took his own life in Queensferry in 2018. In those 36 and a half years, Scott's impact was far reaching and felt by many people. Through his music and art he made many thousands of tiny changes and encouraged other people around the world to do the same. The honesty of his lyrics and openness about his own mental health inspired people in all walks of life. It is a legacy that should be continued and nourished.

Since his sad death last year, the outpouring of grief from people that knew Scott has been overwhelming. Whether they knew him personally, through his music and art, or through the interviews he gave on deeply personal matters, so many people have been profoundly affected by Scott’s life.

Mental health, and young people’s mental health in particular, was a cause close to Scott’s heart. He often spoke openly of his own struggles as an anxious child, even naming his band Frightened Rabbit after a nickname given to him by his Mum. Tragically, the weight of his ill health became too great for him to carry as an adult.

We want to continue the legacy that Scott built. To channel the energy he generated in people all over the world into positive action on mental health among young people and to make tiny changes to Earth."

For more information on the Tiny Changes charity, visit maketinychanges.co.uk.