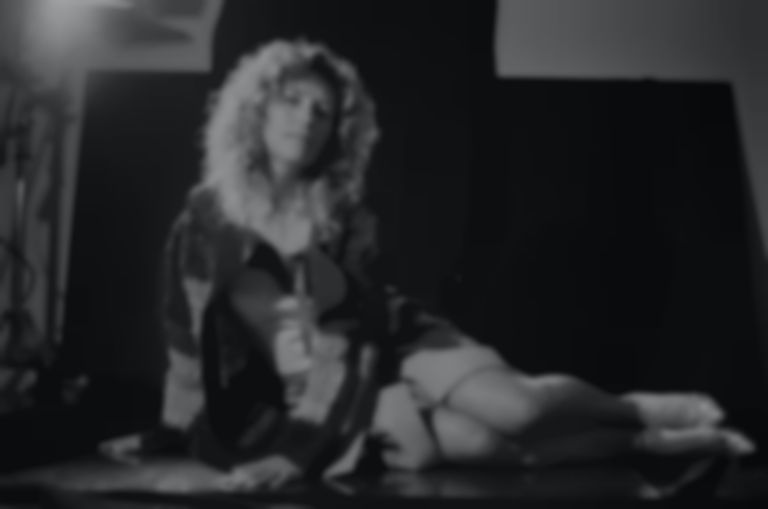 No Joy, the project of Jasamine White-Gluz, has returned to announce Can My Daughter See Me From Heaven, an EP of reimagined, orchestral tracks from last year's Motherhood album, and has released "Kidder (From Heaven)" as the first taster.

"Kidder (From Heaven)" is the first track to be lifted fromm No Joy's upcoming EP, and is an orchestral rework of "Kidder" that appeared on No Joy's 2020 album Motherhood.

The reimagined version is teamed with a video directed by a seven-year-old called Sloan.

White-Gluz says of the new outing, "For me, "Kidder" evokes duality; youth & aging, happy & sad, bright & dark. I've sat with this song for such a long time that for this video I wanted to give full creative control over to someone else to see what imagery the music evoked for them. I couldn't think of anyone better suited than Sloan - her mind works in wondrous ways and it was an honour to soundtrack her vision."

Sloan adds, "I wanted to imitate the sparkliness of a dream."

"Kidder (From Heaven)" is out now. No Joy's Can My Daughter See Me From Heaven EP will land via Joyful Noise on 19 May, and is available to pre-order now.