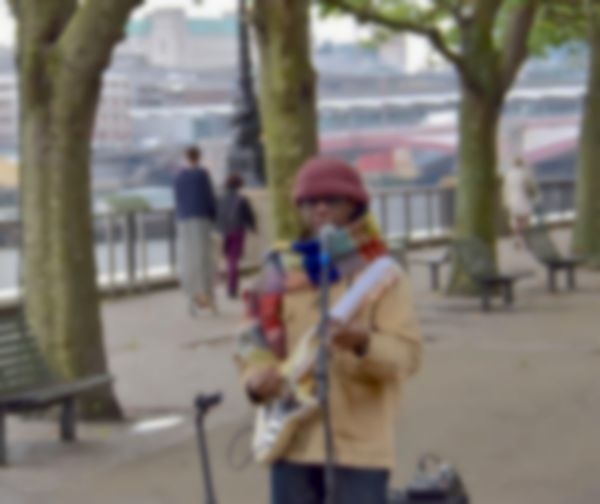 Over the weekend, legendary producer/guitarist/funk lord Nile Rodgers went busking on London's South Bank, and no one noticed.

Well, people were oblivious until he started playing "Le Freak", that is. You can watch a clip of him performing above.

The Chic mainman revealed his undercover mission on Twitter. He seems to have been killing time ahead of his Hyde Park slot supporting Kylie Minogue.

Today I went busking on the #London Southbank. Didn't draw much of a crowd until I stared playing dance music. Hmm? pic.twitter.com/N89XINfgfD

Though I had no voice from screaming during last night's show, I started to draw a crowd when I sang "Aw Freak Out!" pic.twitter.com/k4R6XjMsFe

Not many until I started playing @CHICorg songs. Then it was on! https://t.co/VAGSFrPTz8