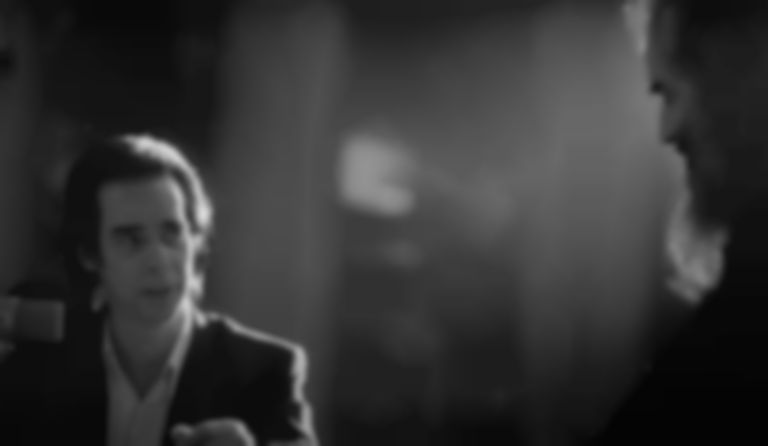 Nick Cave and Warren Ellis have been working on a soundtrack for Andrew Dominik's Blonde film about Marilyn Monroe.

Cave and Ellis, who have worked with Andrew Dominik on 2016's One More Time with Feeling, have recorded a new soundtrack together for the director's upcoming film about Marilyn Monroe, The Guardian reports. The film is called Blonde, and is set to be released next year.

The piece also states that Dominik is finishing a new film that will see Cave and Ellis performing songs from Carnage and Ghosteen.

Speaking about working with Ellis, Cave said, "It’s an incredible privilege to work with Warren. In any situation, he wants the best for me and I want the best for him. We have basically developed a way of working where we both relinquish control of the music we make together. We spend many hours improvising music together, sitting and playing in good faith without the politics and power grabs of many partnerships. We just let the songs find themselves."

Dominik added, "Warren is a character. Just conversationally the way he can go off on these incredible verbal flights is quite something. Creatively, he’s incredibly open, but I have to say, he’s also enigmatic, even a bit secretive. He appears to be letting it all hang out, but he’s not really telling you anything about himself."

On 2 September Warren Ellis will release his debut book Nina Simone's Gum, which is available to pre-order now.