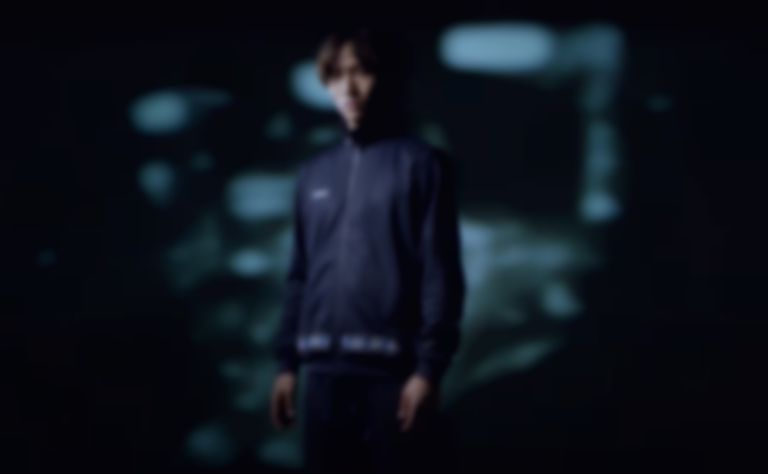 New Order have collaborated with Adidas on a new clothing capsule called _nwrdrSPZL.

The collaborative clothing capsule was created between New Order and Adidas after friend and fan Gary Aspden (founder and curator of Adidas Spezial) contacted the band.

New Order were heavily involved during the process, and travelled to the Adidas HQ in Herzogenaurach, Germany for each design meeting and sample review.

The garments will include New Order's three-block tour graphic used for recent performances. The pieces in the collection include an outerwear jacket inspired by Bernard Summer's love of sailing, a football jersey with their track title "586" across the chest, a track jacket, and a special edition of the Wilsy SPZL shoes, which Summer has been wearing for New Order's live shows in recent years.

Bernard Summer says of the design process, "Ultimately, the finished article has to have that adidas Spezial look and feel, combined and realised with the ideas that New Order have brought to this collaboration. It was the same when we first started using synthesizers in the early 1980s... the finite possibilities of what you could do with those machines actually became our guidelines and also an advantage i.e. you got the very best out of what they could do rather than just scratching the surface."

Aspden adds, "Like adidas, New Order were part of the fabric of my upbringing. They were a huge component in the culture that I come from. Their work and attitude have been an ongoing influence throughout my life and in what I do. Their following was cultish and there wasn't a bus shelter or bus in my home town that didn't have New Order scrawled on it when I was a teenager. This is a project that finds an uncompromising and progressive common ground between the ideas and aesthetics of both parties. The result is something that is forward thinking and new."