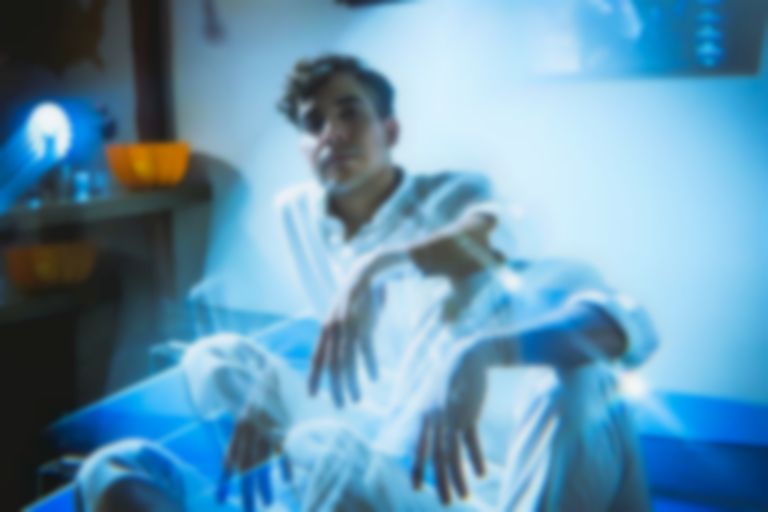 The new release arrives with a self-directed video shot on the Mexican / US border with a Trump piñata.

Explaining the visual, Palomo says, ""Toyota Man" was filmed along the road map of what essentially was my path to American citizenship: Monterrey, the Nuevo Laredo border, San Antonio, and finally Austin. The process is a multiple decade commute known by many Latinos and other Americans. Though my music has always been generally apolitical, I realized when recording this song that it was impossible to write biographically (in the rhetorical context of the Trump administration) without being entirely that: political. The story of my family, which before felt commonly American, was suddenly politicized. Recognizing the absurdity of it all, I thought it would be refreshing to address the social narrative around immigration through comedy - nods to Benny Hill, misremembered San Antonio car commercials, and School House Rock. My family and I had a ton of fun making this and I hope it’s equally as fun to watch. Enjoy!"

Neon Indian's "Toyota Man" single is out now via Transgressive.