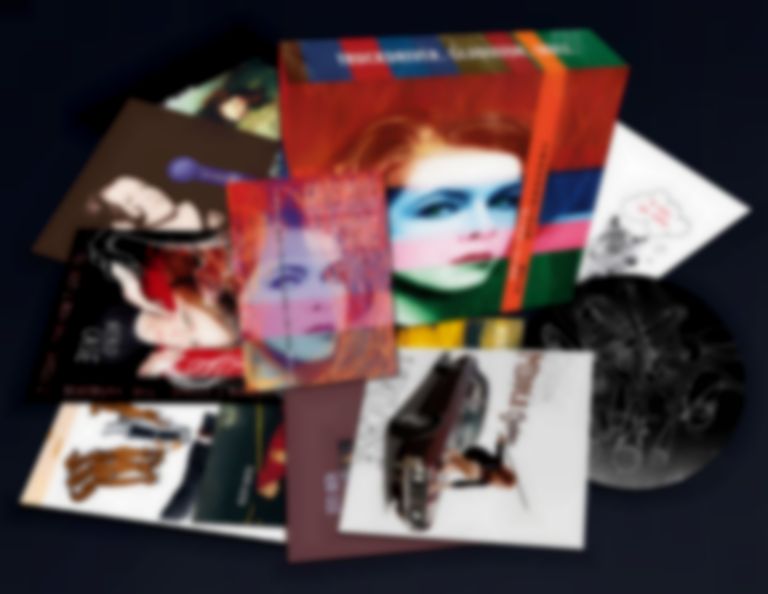 Neko Case has announced a mammoth vinyl boxset of her entire discography titled Truckdriver, Gladiator, Mule, and an intimate London show at the Union Chapel.

Pressed to 180gm black vinyl, all eight of her records - many long out of print - will be remastered from original analog tapes, and assembled alongside an 80-page photography book, designed and curated in full colour by Case herself.

Truckdriver, Gladiator, Mule is out on 13 November via ANTI-.

Case has also announced a new London show to take place on 1 December at London's Union Chapel - it will be the first time she's performed in a quartet in over 14 years. Tickets are on sale from 9am on Friday (4 September).

The singer/guitarist has also shared a letter about the boxset, which reads:

Have you ever wanted to be in a band? It doesn’t end up looking like you think it will; it’s WAY more strange and interesting than you can imagine. If you are looking for glamour, however, you’ve come to the wrong job. Glamour is for dicks anyway.

As far back as I can remember I wanted to be an artist. I thought I would end up a painter; I even went to art school. I never did a single, solitary painting. I did a lot of printmaking, photography and played in bands. I had played drums in bands since I was 17, and I toured with bands on the road from the time I was 23. Strangely enough I had no idea that this was a “job.” Music was, and is, my obsession, but I guess I couldn’t see the forest through the trees. I also didn’t feel worthy of calling myself a “musician.” It was just too sacred.

Ten years later I had to quit both of my jobs in Chicago because I was always on the road. It finally dawned on me; maybe I WAS a musician? But where were the trappings of success? You know: money? Fringey scarves and car services? My own recording studio? Regular meals? Heat?

The “rewards" were not to come in any length of time I could speculate, or at all in some cases, but it didn’t matter, because I had the people I loved. People of all stripes who have contributed in invaluable ways over the years, with skills too numerous to mention here, for I fear it would fall short of the tribute they deserve.

Luckily, I still have these good people and I am so very grateful they can still stand me. But most of all, I am grateful that they were willing to be a part.  Being in a band isn't a race to an awards platform; it is a life, a great and complicated, messy, anxious, hilarious and home-made life. I wouldn’t trade it for anything, ever. I gave up a lot of what makes people “normal", but it was always my choice. That is a victory in itself. This is a LONG story, which I will continue later, but for now, here are some images and music to take in and wonder about. I made all this for you and me. Without you, however, the circuit does not complete. Thank you for being here with me and making music.

Neko Case
New years. 2015. From a crooked farmhouse on a snowy day.