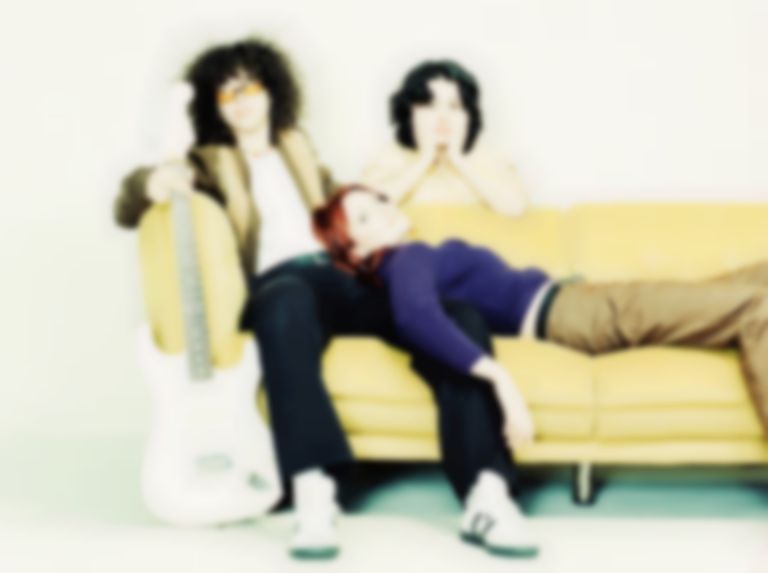 MUNA have delivered a fourth outing from their upcoming self-titled album titled "Home By Now".

"Home By Now" lands after previous singles "Kind Of Girl", "Anything But Me" and last year's Phoebe Bridgers collaboration "Silk Chiffon", and is, in Katie Gavin's own words "the song on the record that we feel might be closest to our first album in that it’s a dance song with brutal lyrics and an emo bridge."

Gavin continues, "It’s a breakup song that’s a bit more full of longing and doubt than "Anything But Me". While a lot of this album does seem to be about trusting my instincts, this song acknowledges the pain of not knowing if I left a relationship that I was meant to be in."

MUNA's upcoming self-titled third album will follow 2019's Saves The World and will include 11 songs in total.

The band's Josette Maskin said of the album last month, "What ultimately keeps us together is knowing that someone’s going to hear each one of these songs and use it to make a change they need in their life. That people are going to feel a kind of catharsis, even if it’s a catharsis that I might never have known myself, because I’m fucked up."

"Home By Now" is out now. MUNA's MUNA album will land via Saddest Factory Records on 24 June, and is available to pre-order now.