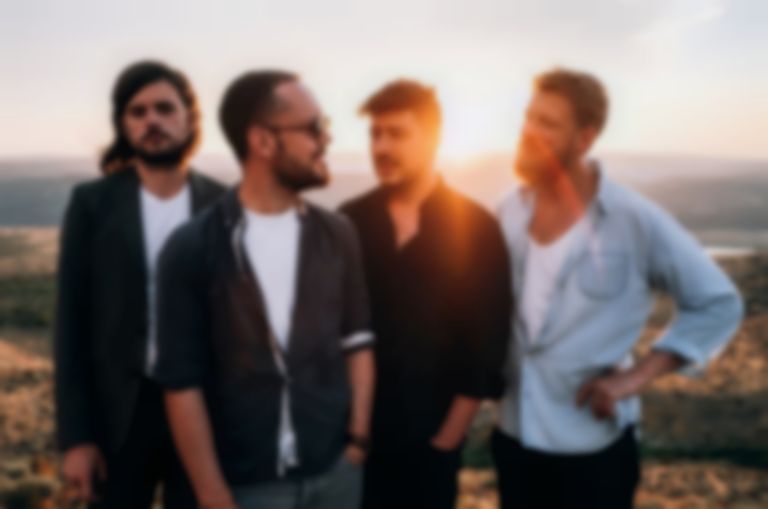 Mumford & Sons have followed up their 2018 Delta album with new single "Blind Leading The Blind".

Announcing the new track on Instagram yesterday (22 October), the band wrote, "We finally got around to finishing a song that we wrote years ago but didn’t get to finish in time to put on Delta which was a shame to us. We’re gonna put it out at last. It’s called "Blind Leading The Blind.""

The new offering is inspired by the work of US author John Steinbeck. Last month they were awarded the John Steinbeck Award at San Jose State University, which helped spur the band on to finish the song.

Marcus Mumford says of the new offering, ""Blind Leading The Blind" has been a song we’ve had up our sleeves for some time, which ended up being a catalytic song for much of our work on Delta, its themes and feelings, but that we never got round to finishing in time to put it on the original release."

He adds, "We’re proud that we’ve finally finished it, as it feels like one of the most challenging songs, thematically, that we’ve put out there, both for ourselves and our audience. It feels it’s becoming harder and harder to coerce yourself into a listening, present and unafraid disposition, but that’s the gauntlet we’re throwing down for ourselves."