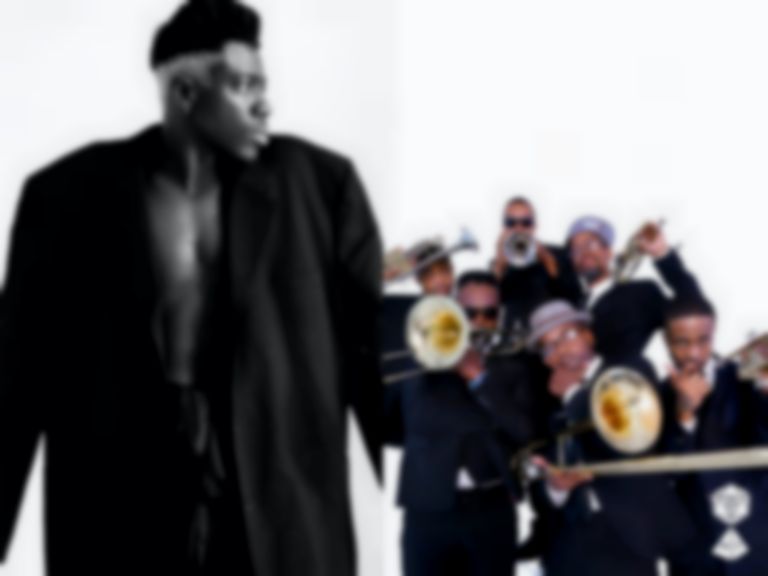 Hypnotic Brass Ensemble have announced their This is a Mindfulness Drill album as part of Jagjaguwar's year-long 25th anniversary celebrations, and have shared "Soon It Will Be Fire" featuring Moses Sumney as the lead single.

"Soon It Will Be Fire" is the first track to be shared from This is a Mindfulness Drill, and features vocals from Moses Sumney.

The album, also announced today (6 May), will be released as the second instalment of Jagjaguwar's Jag Quarterly series, which is part of the label's year-long 25th anniversary celebrations, and is a reimagined version of Richard Youngs’ 1998 album Sapphie featuring Perfume Genius and Sharon Van Etten.

"Soon It Will Be Fire" featuring Moses Sumney is out now. Hypnotic Brass Ensemble's This is a Mindfulness Drill album will be released 25 June via Jagjaguwar, and is available to pre-order now.