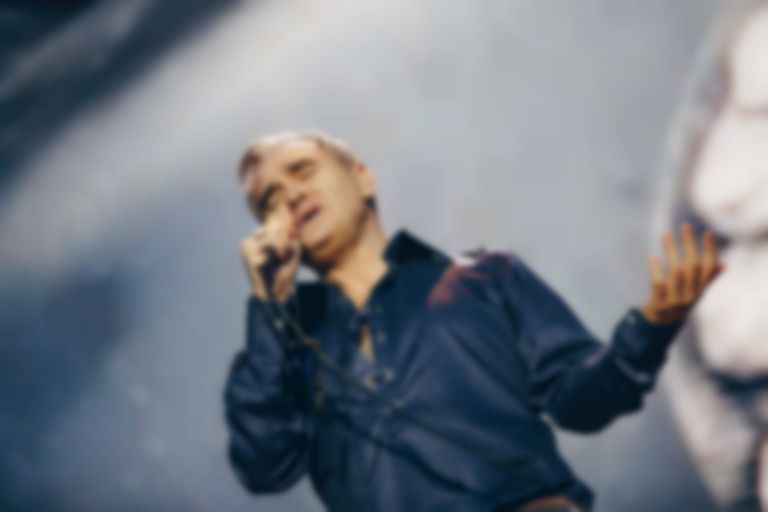 Morrissey has aired his problems with the media on new single "Knockabout World", lifted from his upcoming album I Am Not a Dog on a Chain.

"Knockabout World" lands after "Love Is On Its Way Out" and "Bobby, Don't You Think They Know?".

The new single sees the former Smiths frontman indirectly reference problems he's previously experienced (largely problems with the British media) with the lyrics, "Congratulations / You have survived / Congratulations / You're still alive / They kicked to kill you / Do not forget / They tried to turn you / Into a public target."

He goes on to warn the recipient of the song to "be careful of this knockabout world". Later in the song, he repeats, "You're okay by me", which is a bit hypocritical coming from someone that supports For Britain.

His public support for For Britain has caused him a heap of problems. Some record shops refused to sell his music, adverts on public transport were removed, and at one point he got so paranoid that he believed the British media were sending protesters to his US shows...

Following these problems, it's understandable why he's chosen I Am Not a Dog on a Chain as his new album title.

"Knockabout World" is out now, and if anyone cares, his new album I Am Not a Dog on a Chain arrives 6 March via BMG.