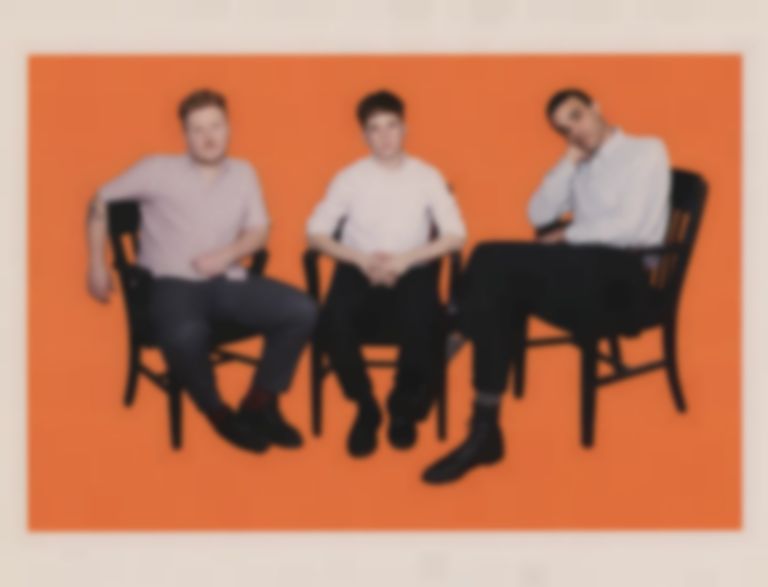 Moaning are back with details of their sophomore LP Uneasy Laughter, which arrives with the pensive opener "Ego".

"Ego" is the first new track from the three-piece since their 2018 self-titled debut album.

Vocalist Sean Solomon says of the new single, "The lyrics are about letting go of your own bullshit to help other people. Wanting to love yourself to love others. The ego can make you feel like you’re the greatest person in the world or the worst. It makes you think your problems are abnormally different which is isolating and rarely true. The song is a reminder that listening to other perspectives is important and beneficial to both parties involved."

Bassist and keyboardist Pascal Stevenson adds, "Musically, the song was started by repurposing a drum beat made for a different demo and putting it on top of a new synth loop. It was a digital collage where we passed Ableton files back and forth. We purposely avoided the impulse to add guitars to everything, letting the melodies of the synth and vocals be the focus. We wanted to embrace the songs ability to slip between genre lines."

"Ego" is out now. Moaning's Uneasy Laughter album arrives via Sub Pop Records on 20 March, and is available to pre-order now.