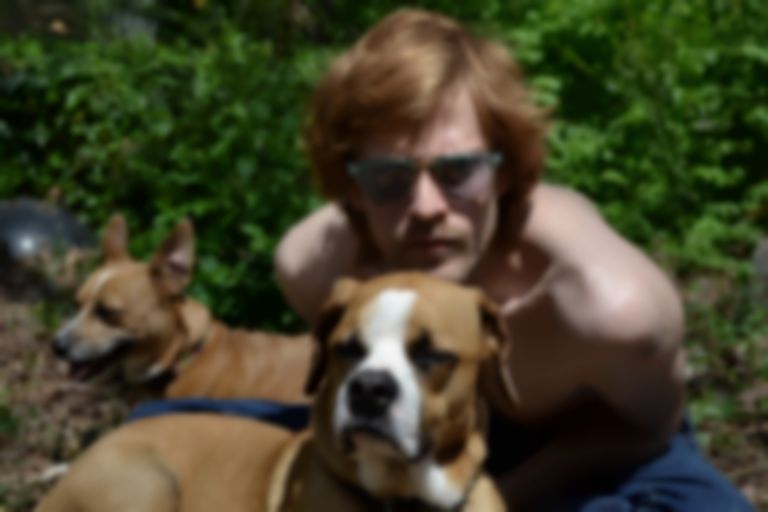 Michael Stasis is streaming his new LP RIP III - the third part of his 'greatest hits' series, and his debut on new label Arbutus - in full on Best Fit.

He's been recording music since he was 13, and now has over 200 tracks - the 'greatest hits' collections, especially this latest instalment, enables onlookers to find an easy route into the bulging catalogue: "It traces his evolution from playing with trial software in his bedroom to learning from acclaimed producer Jorge Elbrecht to stumbling into a thriving community in the Bay Area."

L.A.-based Stasis has also kindly answered a few questions for us, explaining his love for Arbutus, why he makes music, and how he's almost finished his next record already.

Could you introduce yourself for those who might not have heard your music yet?

I’m Michael. I just woke up. I’m coming out of a dream that I was a singer in a choir and I sang so hard that my vocal cords shredded like corned beef and I was crying and God was real. Music is my most effective means of communication, but I make all kinds of things when I get inspired. I value books and movies just as much as music.

What does being signed to Arbutus mean to you?

It means I get to be part of a family that does what I do, and for someone who’s had trouble finding a group that resonates, it’s very exciting and somehow grounding, like a homecoming or something. It means freedom to make things that can exist outside that ridiculous race to Top 40 horse shit and still find an audience. Arbutus fans really seem like passionate music fans because on some level, they have to be digging to find out about what’s going on. This stuff isn’t just leaking out of Taco Bell’s mandatory satellite song anus. The label is full of talented people who seem to care a lot about art for art’s sake. And they like to party, which would be a requirement for me to join any healthy adoptive family.

How do you approach writing and recording?

Writing happens in many forms. I’ll often write a string of lyrics with the “appropriate” melody, depending on what I’m singing about, then find the nearest instrument and come up with chords and rhythms that seem interesting to me. It’s a process of getting in the zone, I always know when it’s right, that “yes, this one is worth recording,” and then I’ll just keep it in my head until I can record it. Sometimes when I’m recording I’ll use that pre-written material or I just sit down with some new thing that makes sounds and let it tell me where to go. Controlled chaos is maybe the best way to sum it up. I am always learning new techniques to get “in the zone,” to get in touch with elements of chance and then to reign them in.

What inspires you to write? Why do you make music?

While getting in the zone to create music requires getting into something like a trance state, the listening back is a big inspiration and good for the ego. Who hasn’t heard their own voice recorded and had a moment of differentiation? Maybe you don't recognize yourself but that’s actually the truth. We are not who we think we are, so I don't feel beholden to this one identity when I write. That’s inspiring. I wanted to be an actor in sixth grade, but the theater kids gave me the willies. Through music, I get to be someone else, although I certainly think the core of who I am comes through by default. I make music because it’s what I’m best at right now and it’s fucking magic.

How did you choose which tracks made it on to RIP III?

iTunes play count. Metadata. Friends’ opinions. Each song represents some breakthrough for me. I’m not going to go through and explain each one but there’s probably something in each song that was like, “Oh, I can do that now if I want.” There aren’t any rules.

If people want to look further at your catalogue, what would you recommend to them?

Check out the albums that the songs from RIP III came from (when they’re made available again on Bandcamp). Also, I had a band called Snowboarder (also on Bandcamp) that I think lots of people would like if they heard it. It was with my friends Jason and Dave in San Francisco. We worked on that record for three years, in between benders. It’s kind of a nostalgic blend of video game music, metal and pop. And if anyone is curious about my attempt at Top 40 radio, you can search “Candy Boy AMA” on YouTube. It’s the first result. We found the KLF to be a deep well of inspiration. I also made that with my friend Jason Kick. It’s a great song and I’m sometimes offended when people at shows ask me to play it. I didn’t even sing on it!

What's next for Michael Stasis?

I’m finishing my next album for Arbutus this week. It’s very exciting to be told to make something in a matter of a few months. RIP III took eight years to make in a way. I’m not saying it’s “eight years good”, but that there was no rush and now there’s more of a timeframe. Goals are important, and it’s helpful if I’ve got a couple people saying “hey we need this by this time.” I’ll be playing shows in support of these albums and continuing to write and developing the live show. I hope that I can remain in a position where there’s no rush. Uptight people are the worst. Never peak!

RIP III is out via Arbutus this Friday (7 August), but you can stream it in full below.