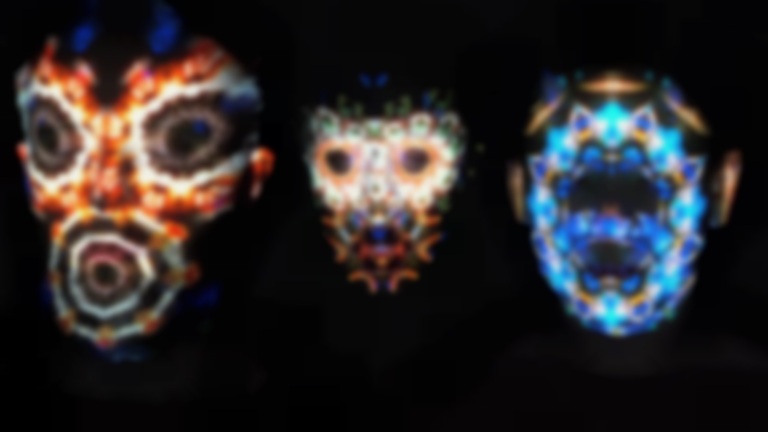 The glimmering, '80s-splashed pop cut follows last month's "Carry Me To Safety" and is accompanied by a majestic clip full of projections and dazzling nighttime illuminations.

"I've been working a lot with kaleidoscopes lately," says Mew frontman and video director Jonas Bjerre. "You have an image, or a sequence of images, and you snip out an angle, mirror it, and repeat it in a 360-degree angle. It's a beautiful thing, because almost no matter the state of the original image, it ends up a beautiful symmetrical, indefinable something. A picture of your messy desk turns into a strange flower. I like that you can't really envision what it will look like until you see it. I think our music is a bit like that too, even as we're working on it."

"I made a bunch of sequences, and crafted them into these ever-changing ‘faces’ that I then video-projected on to our actual faces," Bjerre continues. "It's like wearing a mask made out of photons. You can say a lot of philosophical stuff about masks - but don't worry, I'm not going to. Hope you enjoy the video."

Mew are set to tour Europe in May in support of the LP, with a trio of UK dates confirmed: Bristol, Manchester, and London. Tickets are on general sale 27 January - find out more.

Visuals is released via Play It Again Sam on 28 April. You can pre-order now.