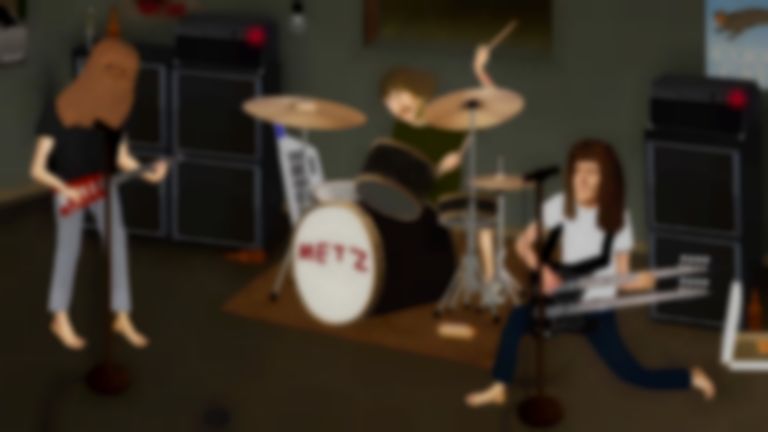 Metz have announced a new album full of rarities dating back to 2009 with lead single "Pure Auto".

Automat is a collection of early 7" singles, rarities, and alternate takes of songs.

"Pure Auto" is the first single to be shared from their forthcoming rarities collection. Speaking about the single, Alex Edkins of the band says, ""Pure Auto" is Metz at our most tongue in cheek. There are many winks and many nods (autonomy, me, me, me, me, me, for example) but ultimately it’s about being a control freak; fighting the urge to constantly steer the ship. Originally released as the B-side to the "Eraser" 7" it has never been played live, but for some reason still manages to be one of our collective favourites. It was written and recorded very quickly after completing the II album sessions and came out of a surge of creativity/excitement/relief following a particularly intense and time-consuming album."

Expanding on the reason why they're releasing this collection, Edkins added, "The idea to release Automat came after realising our early 7" singles were being sold online for upwards of $60 bucks a pop. We wanted to make those songs available and affordable to anyone who might want them in the physical format. What started as reissuing a couple of 45s, quickly morphed into an entire LP, compiling rarities, demos and alternate takes from over the years.