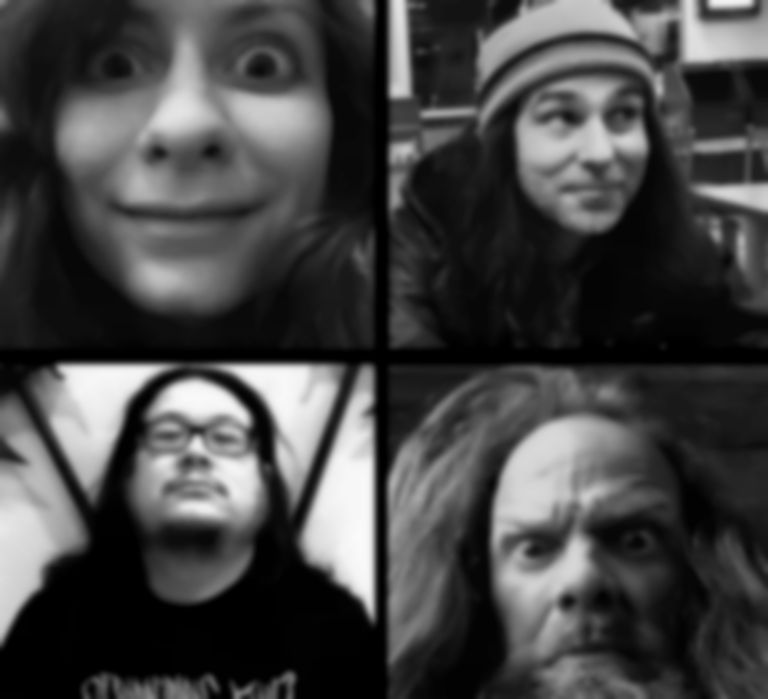 "Good Inside" and "Lovesick" are the first two tracks to be lifted from Kidbug's forthcoming self-titled debut album.

The band began forming when Tadic and Harding met at a Joyful Noise holiday party in 2018. They agreed to record Christmas songs for the label, but realised the collaboration had more potential.

Tadic says of the band formation, "The writing started when I went back home. We were both very inspired to start writing songs to each other. It’s a funny thing because we’re both really slow at songwriting, but for some reason the songs just kept flowing. Within two months or so we had enough to make an album."

Harris and Bruno were brought on board when Tadic and Harding decided to record Kidbug. Their debut album closing track "Dreamy" also features contributions from Melvins drummer Dale Crover.

"Good Inside" and "Lovesick" are both out now. Kidbug's debut album Kidbug arrives 22 May via Joyful Noise Recordings, and is available to pre-order now.