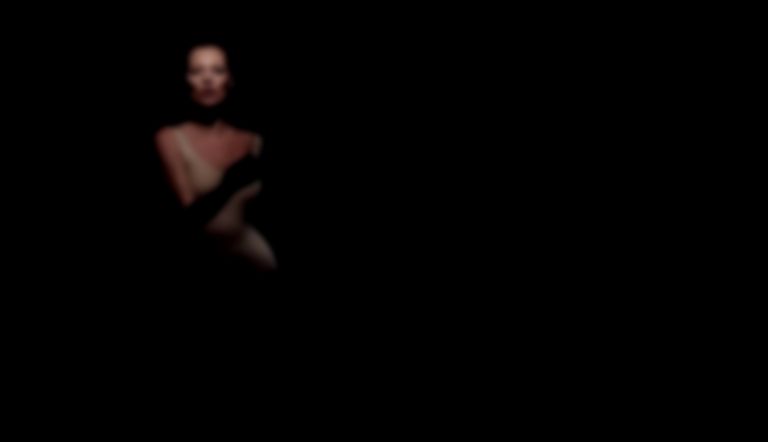 Massive Attack have revealed their new Kate Moss-starring visuals for "Ritual Spirit", their collaboration with Azekel.

The video is by Medium and Massive Attack's Robert Del Naja, who says of the clip: "Me and Kate have been friends for years, but had never collaborated, so last year we booked a studio with Medium and set up a shoot. During the session Kate was dancing in the dark, lighting herself with a naked bulb. She perfectly captured the essence of this track… intimate and ritualistic. We edited it back in Bristol to keep it raw with no re-touching, I didn't want to lose the spirit of that moment."

Moss adds: "I have always been a huge fan of Massive Attack and 3D [Del Naja] has been a friend for many years. When he asked me to collaborate with him I didn't have to think twice. I always thought their visuals were amazing and I was proud to be in this video."

Massive Attack's recent EP Ritual Spirit is out now. This vid follows films for singles "Take It There" and Young Fathers team up "Voodoo In My Blood", starring Rosamund Pike.

The electronic legends have a busy schedule of festivals ahead of them this summer, including a headline spot at Hyde Park with Patti Smith, Warpaint, and more.

Watch the "Ritual Spirit" video below.