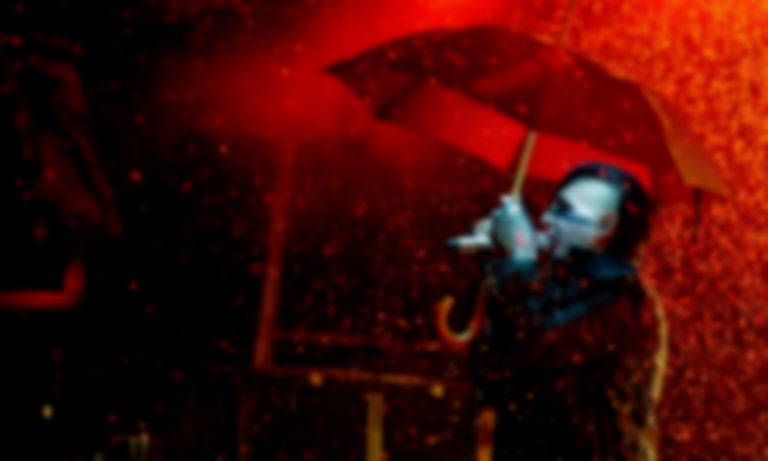 Saturday night (18 August) saw Marilyn Manson cut his set early after he collapsed on stage while performing his cover of The Eurythmics’ ‘Sweet Dreams (Are Made Of This)’.

The doom shock-rocker collapsed at the end of his cover track, and reportedly told fans it was due to "heat poisoning". The collapse happens around 4:08 on the fan video below.

Manson's illness was apparent even before the concert commenced, as the photo pit was emptied as the rocker didn't want photos in his ill state.

His co-headliner for the Twins of Evil: Second Coming tour Rob Zombie, said to the crowd before what was meant to be their cover of The Beatles' "Helter Skelter", "My dear friend Mr. Manson is feeling under the weather. He’s probably on the bus feeling like crap. I need a partner for the next song so let’s sing it really loud and make him feel better."

With his show having been cut short, Manson took to Twitter to explain the inconvenience.

Thanks Houston for being understanding. I ended up in doctor’s care, but I gave it my best and you guys were amazing.