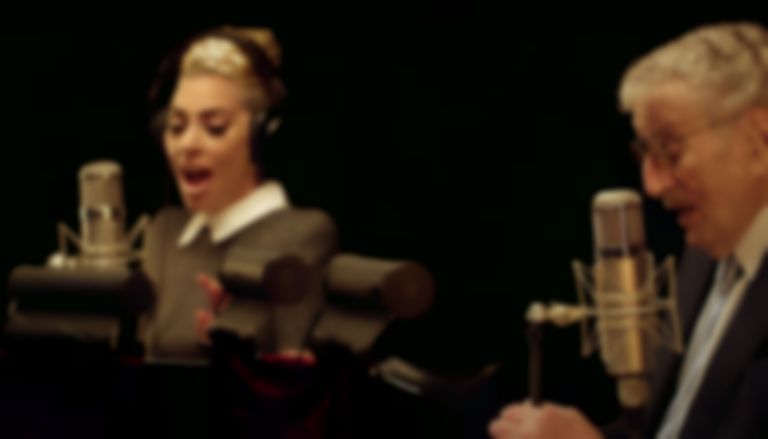 Lady Gaga and Tony Bennett have released "Love for Sale", the title-track from their upcoming Cole Porter covers album.

Their Love for Sale Cole Porter covers album was announced last month with a cover of "I Get a Kick Out of You", and today (17 September) Gaga and Bennett have unveiled their rendition of "Love for Sale".

Gaga wrote a tweet directed at Bennett to mark the release, which reads: "Tony, this is the last album we will have created together, but the celebration of jazz, and us as musical companions, will live on with me forever. We offer the public "Love For Sale" for free love, to make them smile, because that’s what we’re here for."

The album will follow 2014's Cheek to Cheek, and was recorded at New York’s Electric Lady Studios. According to Pitchfork, Bennett had already been diagnosed with Alzheimer’s disease (which was revealed by Bennett's family in February) when they were recording Love for Sale. The album will be Bennett's final studio recording.

"Love for Sale" is out now. Lady Gaga and Tony Bennett's album of the same name will be released 1 October via Columbia/Interscope.