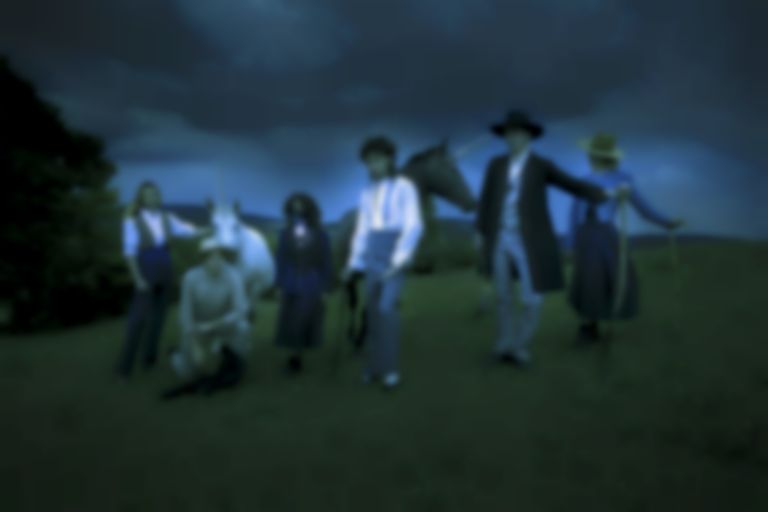 La Femme have returned with news of their first album in nearly five years, Paradigmes, and have unveiled "Foutre le Bordel" as the lead single.

"Foutre le Bordel" arrives as La Femme's first release of 2021, and marks the fourth track to be shared from Paradigmes after last year's "Paradigme", "Cool Colorado" and "Disconnexion" singles.

The track title loosely translates to "to make a mess" or "to wreak havoc", and is teamed with an animated video by the band.

La Femme say of the track, ""Foutre le Bordel" is the first fully animated video we create[d]. We have always been attracted by graphic arts. Originally we wanted to join art schools but none of them accepted us! Over the years, we have drawn lots of our visuals: artworks, t shirts, clothes, fonts."

The band add, "Last spring, during the first lockdown, we thought it would be the best moment to start this animated drawings project, as we had so much free time in front of us. We think it reflects well the image of La Femme and we are happy we finally managed to do it with this particular fast and nervous track, which is made to revitalise a party at any moment! The kind of song that we look forward to playing on stage!"

"Foutre le Bordel" is out now. La Femme's Paradigmes album will be released via their own Disque Pointu label on 2 April, and is available to pre-order now.