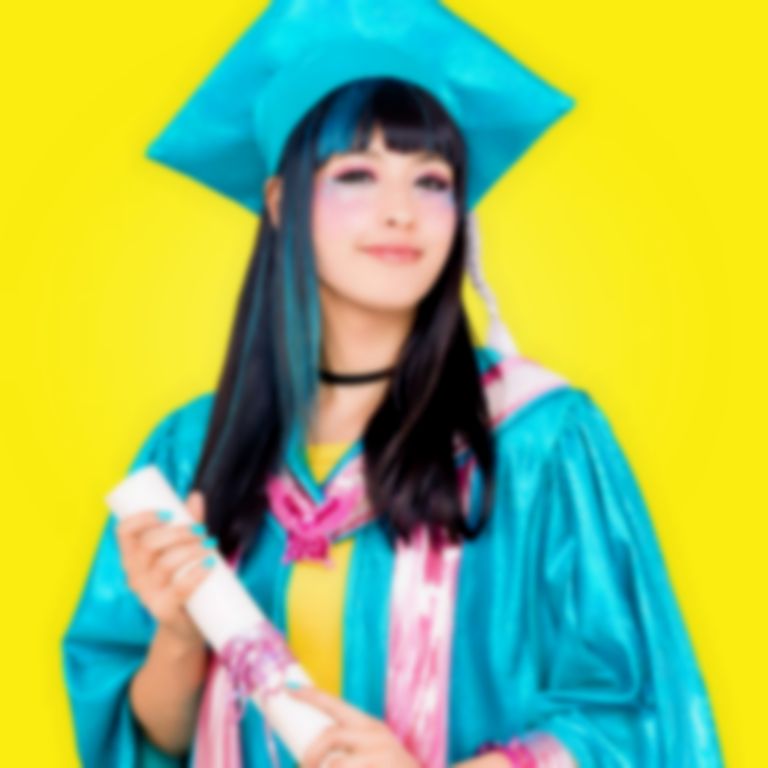 Writing their own bio for the album's announcement, KKB explain how it all started:

"We're KKB. We make music for the whole world.

"In January 2013, Sarah saw an advert for a rapper on an internet bulletin board. She applied and South London inter-school music friends Gus and Jamie agreed she was the best. We made a mixtape that Double Denim liked so much they had to release it again and then we toured round the globe.

"Sarah's mum comes from Japan and her dad comes from England, so she treats her parent languages as one. Gus and Jamie program MIDI modules for fun and study international pop charts weekly. We picked the name just because it has a nice ring to it.

"Now we've finished our debut album, and it's turned out just how we wanted.

"This is Bonito Generation!"

We've already heard a few tracks from the LP, including "Lipslap", "Break", and "Picture This".

Bonito Generation is out via Double Denim on 21 October.

Hear "Graduation" below. The tracklist is after.