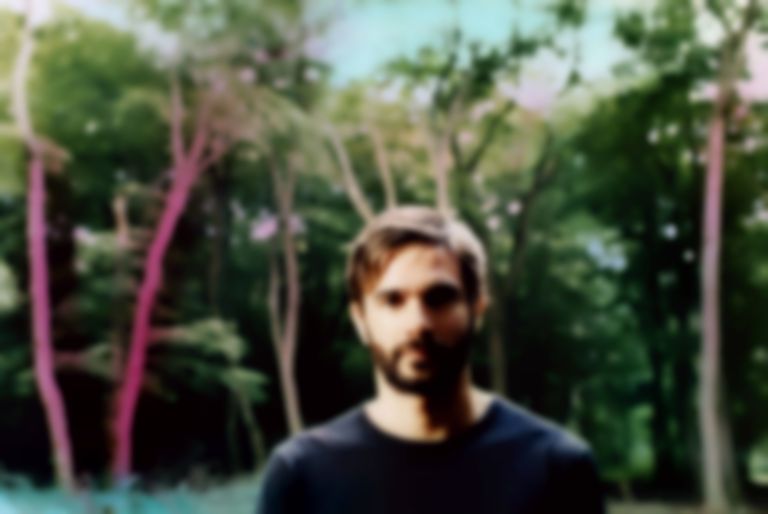 Jon Hopkins is back with news of his upcoming album Music For Psychedelic Therapy, and has shared "Sit Around The Fire" as the lead outing, which features East Forest and late spiritual teacher Ram Dass.

"Sit Around The Fire" is the closing song from Hopkins' new album, and follows his Piano Versions EP that arrived in April.

Hopkins says of the new release, ""Sit Around The Fire" exists from one of the deep synchronicities that ushered this thing (Music For Psychedelic Therapy) into being. I was contacted by East Forest, who had spent some time with Ram Dass in Hawaii before he passed. He was given access to several lesser-heard talks from the 70s, and asked to set them to music. He sent me some starting points, including the beautiful choral vocals he recorded which open the piece. I put my headphones on and with Ram Dass’ voice inside my head, I sat at the piano and improvised. What you hear is the first thing that came out - it just appeared in response to the words."

Music For Psychedelic Therapy will be Hopkins' first album since 2018's Singularity.

"What grew from this experience is an album with no beats, not one drum sound, something that is closer to a classical symphony than a dance / electronica record," explains Hopkins. "Something that is more like having an experience than listening to a piece of music. Maybe something far more emotionally honest than I had been comfortable making before - a merging of music, nature and my own desire to heal. The freedom from traditional rhythmic structures unlocked so much - it felt like I was free to explore a new form of rhythm, one that you discover when you just allow things to flow without letting yourself get in the way."

He continues, "Music For Psychedelic Therapy is not ambient, classical or drone but has elements of all three. For me it’s a place as much as it is a sound. It works for the sober mind, but takes on a new dimension entirely when brought into a psychedelic ceremony. In my own psychedelic explorations testing this music, I found a quote I had read would keep coming to mind. ‘Music is liquid architecture, architecture is frozen music.’ I love this idea of music as something you inhabit, something that works on you energetically. In fact, it was while in that state that the title appeared to me. Psychedelic-assisted therapies are moving into legality across the world, and yet it feels like no one is talking about the music; the music is as important as the medicine."

"Sit Around The Fire" with Ram Dass and East Forest is out now. Jon Hopkins' Music For Psychedelic Therapy album will be released 12 November via Domino, and is available to pre-order now.