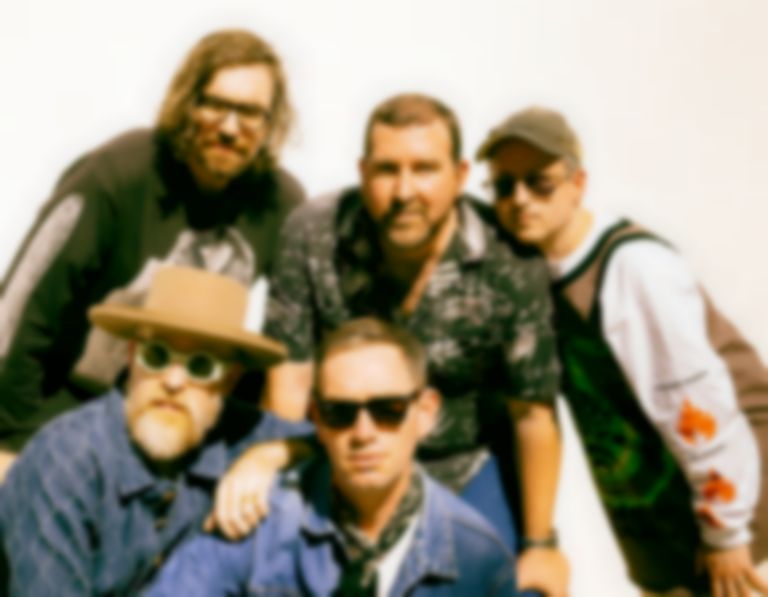 "Eleanor" is the second song featured on Freakout/Release, and follows the album opener "Down" that arrived in April.

Alexis Taylor says of the single, "It’s about the world smashing into you, waves crashing into you, all-encompassing pain, and how you have to walk through it. The verses are about separation when families are divided against their will. It’s about strong friends. It’s also about Samuel Beckett giving Andre The Giant lifts to school, and about how Beckett must have learned a lot from Andre’s wisdom."

Freakout/Release will follow Hot Chip's 2019 album A Bath Full of Ecstasy, and was written and recorded at the band's Relax & Enjoy studio in east London. The album will also feature contributions from Cadence Weapon, Lou Hayter and Soulwax.

"Eleanor" is out now. Hot Chip's Freakout/Release album will arrive via Domino on 19 August, and is available to pre-order now. They'll play London's O2 Academy Brixton for four nights from 21-24 September. Tickets are on sale now from hot-chip.co.uk.