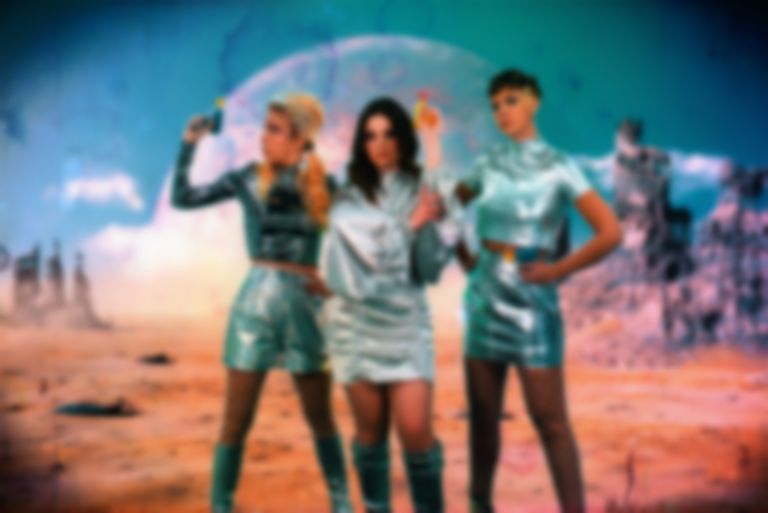 Honeyblood have returned with their punchy new single "Bubble Gun".

"Bubble Gun" is the first new single from Honeyblood since the release of their third album In Plain Sight in May.

The new offering arrives with a cosmic video directed by Gareth Goodlad.

Vocalist Stina Tweeddale says of the new single, "I really wanted to write a track that would encapsulate the feeling of a dystopian punk driven sorority chant with a flick of violent fun. It's a song about the frustrations of wanting something you can't have."

"Bubble Gun" is out now. Honeyblood play The Garage in London on 31 October. Find out more.