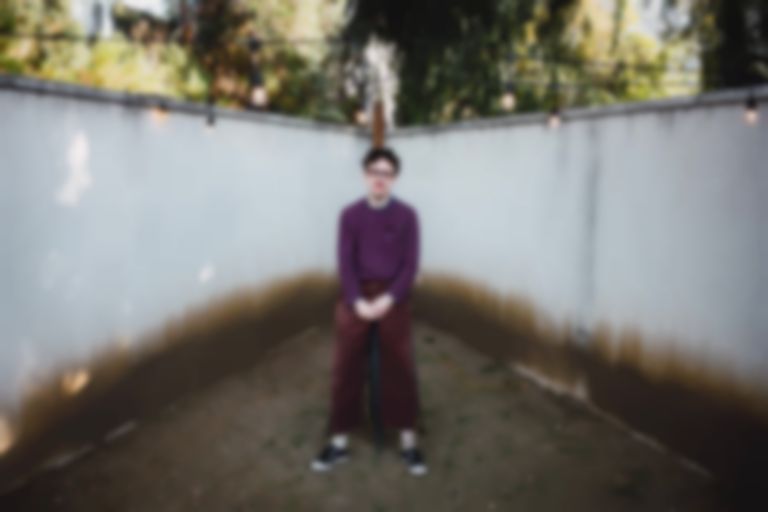 Harrison Whitford has announced his forthcoming album Afraid of Nothing, and has recruited longtime collaborators Phoebe Bridgers and Eva B. Ross for backing vocals on new single "Linoleum".

"Linoleum" is the third track to be lifted from Whitford's Afraid of Nothing album, following last month's "Meclizine" and August's "Salvation Army", and the song features backing vocals from Phoebe Bridgers and Eva B. Ross.

""Linoleum" is a song I wrote in an effort to examine my life and certain mistakes I had made within a relationship," Whitford says of the new single. "A way of reckoning with parts of myself that I had spent a lifetime repressing only for those parts to have confused, misdirected voices. I wrote it in an effort to give those parts of myself a voice that wasn’t steeped in shame or judgment. I wanted to write something that felt accountable but conducive to healing."

Afraid of Nothing will follow Whitford's 2018 debut solo album Afraid of Everything, and was originally conceived as an EP, but grew into an album of songs written over the space of a few years.

The first half of the album was recorded in late 2019 with the same group of friends as Afraid of Everything during a trip to, and once back in LA, Whitford carried on with the rest of the album.

Whitford explains, "Recording Afraid of Nothing taught me an important lesson: don't stop until you're happy with it."

"Linoleum" is out now. Harrison Whitford's Afraid of Nothing album will arrive 12 November via Screwdriver Records, and is available to pre-order now.