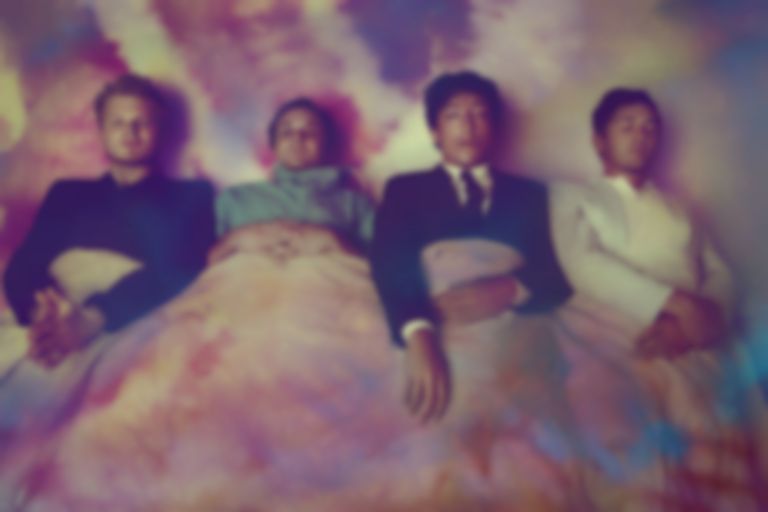 Grizzly Bear have at last revealed details of Painted Ruins, their long-teased follow up to 2012's Shields.

The group have also unveiled "Mourning Sound", the lead single proper from their new LP and the follow up to first teaser "Three Rings".

Grizzly Bear have also detailed a lengthy headline tour for late this year, including stops in London, Glasgow, and Manchester this October. Find out more.

Painted Ruins is the quartet's fifth LP in total, but their first for new major label home Columbia. It was recorded at Allaire Studios in upstate New York, plus "various locations" around Los Angeles - including band member and producer Chris Taylor's Terrible Studios.

Grizzly Bear have been working in the studio on the LP since 1 June last year, providing many updates in the time since - in October it was revealed they were "90%" done.

"We're feeling more adventurous with the sonic directions, changing it up a little bit - not like, a techno dance album…" frontman Ed Droste explained in an interview in 2015.

Painted Ruins is out 18 August via Columbia. You can pre-order it now.