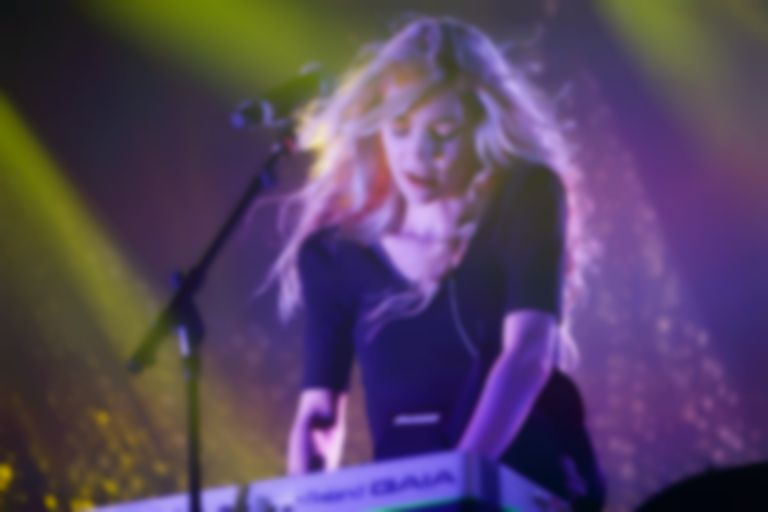 Grimes has revealed that she's forgiven Azealia Banks after the rapper claimed she was trapped in Elon Musk's house last year.

Last year, Grimes, Azealia Banks, and Elon Musk were caught up in a messy situation. Banks claimed she was trapped in Musk's mansion after Grimes didn't show up to collaborate, and went on to share some screenshots of private messages between her and Grimes about Musk.

Tesla shareholders then got involved hoping that Grimes and Banks' messages on social media could provide new evidence in relation to Musk's weed-related tweet.

Both Banks and Grimes fired nasty names at one another, with Grimes calling Banks a "narc" repeatedly, and Banks later responding, "Ok you brittleboned methhead". Banks then apologised to Musk in a now-deleted Instagram post, "for all of the painful events you’ve endured over the past week, as I feel as though my actions have largely exacerbated them."

It's now been over a year since that mess, and Claire Boucher, aka Grimes, has finally spoken about the situation in a new interview with Rolling Stone.

Grimes describes it as "a sad, dark thing", adding, "I just, like, forgive her, and forgiving her is really, really hard."

She goes on to explain the panic she experienced in that situation, "I was losing my shit. I was like, 'Oh, fuck, oh, fuck.' I felt I had caused the downfall of everything I care about and everyone I care about, like, I fucked everything up, like really crazy." She goes on to say that Musk helped to calm her down, "He was just, like, 'Snap the fuck out of it. You have to be in a battle right now.'"

Grimes is currently pregnant with Elon Musk's baby. Her latest album Miss Anthropocene is out now.