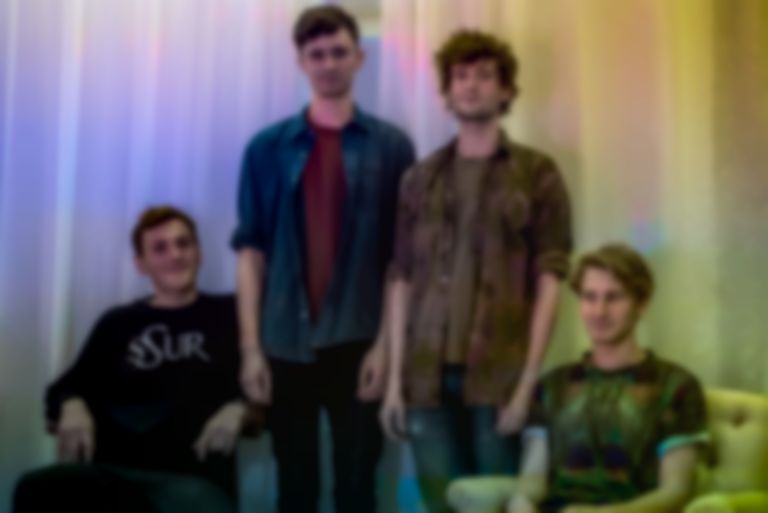 Glass Animals and Joey Bada$$ don't share many sonic similarities, but when the join forces, it sounds like the most natural thing on the planet.

Rome Fortune and Chester Watson have guested on remixes of Glass Animals woozy indie-pop tunes, but this marks the first original collab to hit the airwaves.

"I got hold of Joey’s mixtape back in 2012 and was hooked. A couple months ago I heard he was into Glass Animals so I got in touch, and when I was in Brooklyn he came by the studio one night. We’re both addicted to red Vitamin Water so we picked some up. Then I ordered some dumplings. Then I started playing him some sounds. Within an hour we had the beat and he was like 'I’m ready'. He got into the booth and put down pretty much the entire thing in one foul swoop… dude is so talented. Then I hopped in and did my bit. Then I ate my dumplings. Hopefully we’re going to do some more stuff together at some point."

Glass Animals' debut record ZABA is out now on Wolftone/Caroline. Bada$$'s debut B4.DA.$$ is also out now, via Pro Era.

Check out "Lose Control" below.