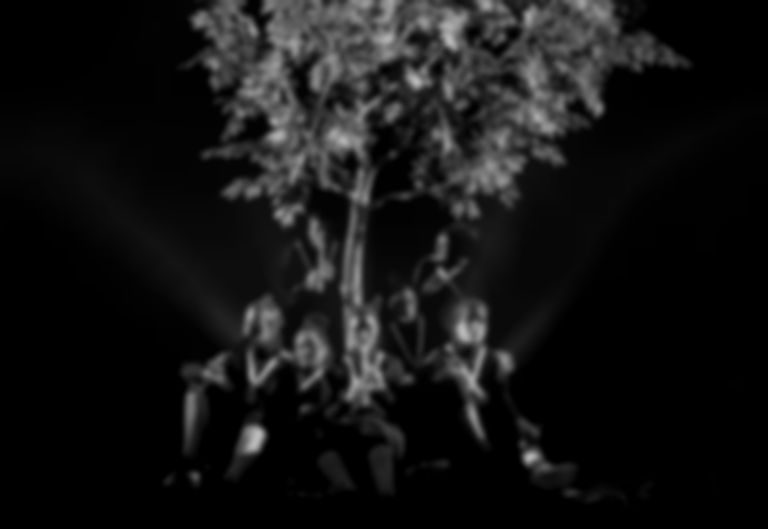 Gazelle Twin and electronic drone choir NYX have announced their collaborative LP Deep England, and have released their interpretation of "Fire Leap" as the lead single.

Deep England is an eight-track album that is an "electronic-choral expansion" of Gazelle Twin's 2018 LP Pastoral.

The tracks from Pastoral have been reworked and put alongside original compositions by NYX, Paul Giovanni and William Blake.

"Fire Leap" is the first taster of the LP, which is an interpretation of The Wicker Man soundtrack song of the same name.

Deep England was originally created to be performed live, and was premiered at London's Queen Elizabeth Hall in November last year.

Soon after the live shows the performance was transformed into a studio album, featuring co-production from Marta Salogni, Sian O’Gorman (NYX) and Elizabeth Bernholz (Gazelle Twin), with mixing and additional programming by Marta Salogni and mastering by Heba Kadry.

"Fire Leap" is out now. Gazelle Twin and NYX's Deep England album will be released 19 March 2021 via NYX Collective Records, and is available to pre-order now.